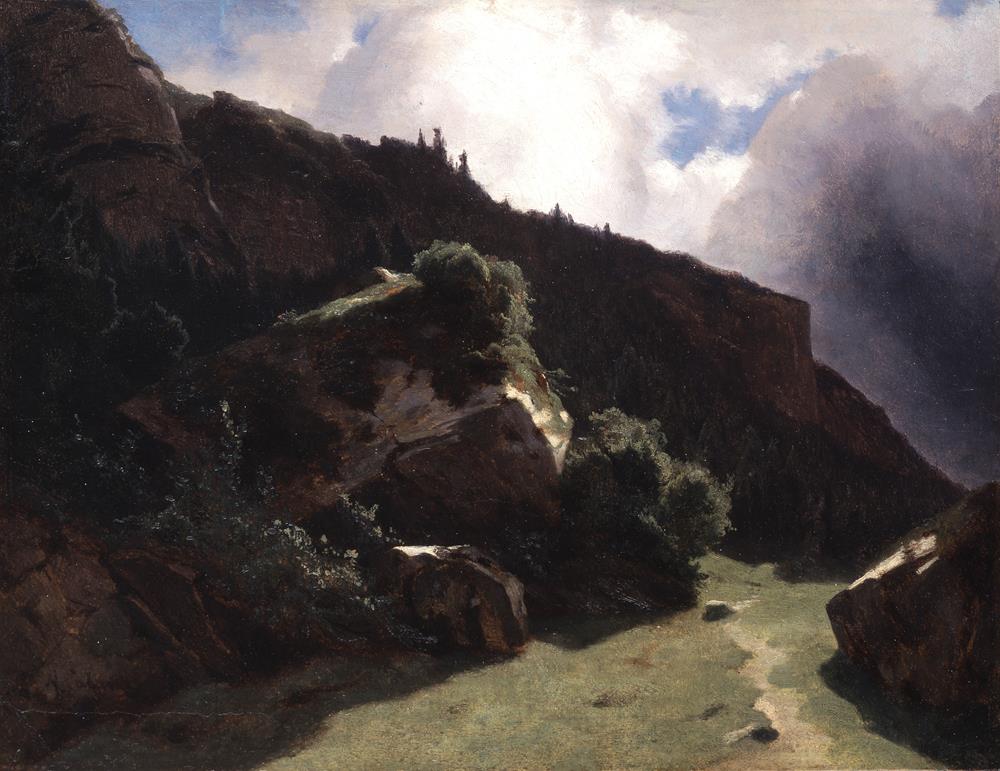 A major figure in Swiss landscape painting, Calame enjoyed international success during the nineteenth century. In 1835 he went on his first study trip to the Bernese Oberland, famous for its spectacular mountains and valleys, and would spend nearly every summer in the Alps for the next twenty-five years. Although these oil studies were considered helpful working tools, necessary for the development of formal works of art, we now appreciate how much they reveal about the artist’s working methods. Nothing was improvised, despite the bold compositions and dramatic lighting.
Calame’s landscapes could be interpreted as mementi mori. Painted as compositions of specific motifs, lakes, cliffs, glaciers, waterfalls, steep slopes, peaks, storms, beeches, tree-stumps and firs, they echo Calame’s belief that his work was a homage to God. However conventional they may seem superficially, the landscapes he sought out, often dominated by fir trees, leave man as the passive spectator in contemplation of the Sublime.