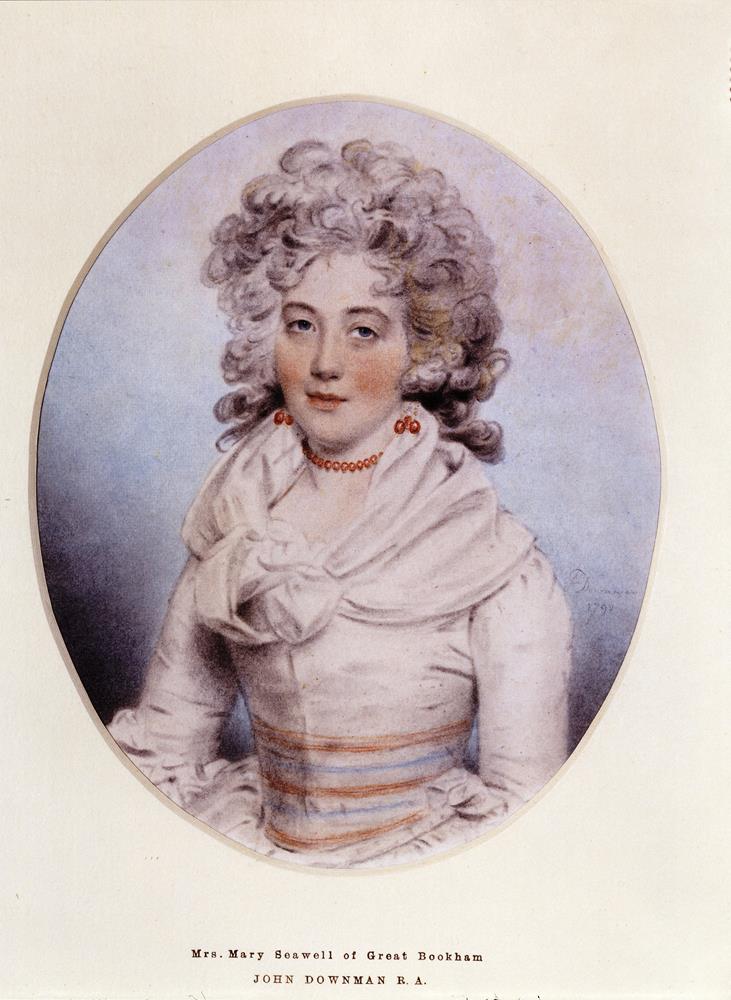 Downman was a successful portraitist who produced highly finished likenesses of his sitters in black chalk, adding slight colouring to lips, cheeks and hair in watercolour. A pupil of Benjamin West in 1768, he entered the Royal Academy Schools the following year. Between 1773 and 1774 Downman was in Rome with Joseph Wright of Derby. He seems to have been an industrious artist in demand with all the great families of the day, not least the royal houses of both Britain and Prussia. In 1786 he held an exhibition of his work at his house in Leicester Square where, in the words of a visitor, his work was ‘universally admired and sought after by the first people of rank and fashion.’ And no wonder, for he had an extraordinary facility and could make a plain girl look like Venus herself!