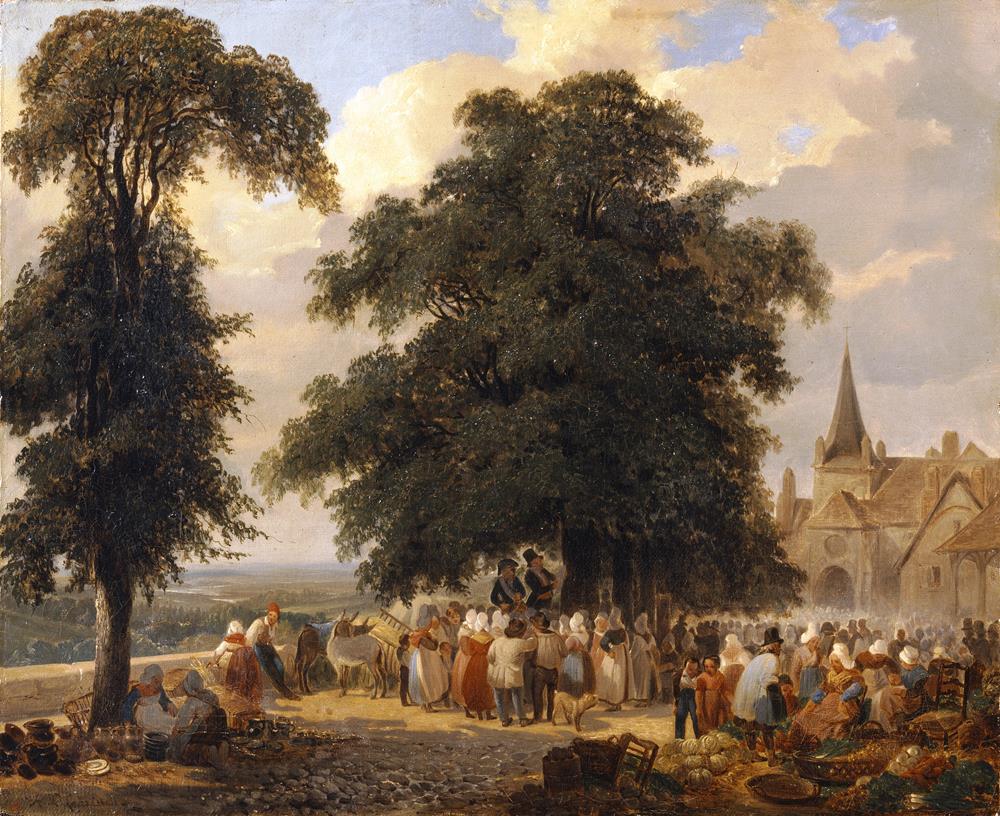 Born in Paris, Leprince’s father Pierre and his brother Robert, were also painters and his talent for sensitive and anecdotal landscape painting and specialized genre scenes could never be fulfilled as he died so young.

The Town Crier combines a fluid organisation of the figure grouping with a rich palette. Despite the canvas’s small format, Leprince depicts the characters gathered in the town square in considerable detail and a story unfolds in front of the viewer. The Swiss artist Topffer excelled at paintings of town assemblies and market scenes too and these snapshots of post-Revolutionary France tell us much about life in the provinces.

Leprince’s work is widely represented in French museums, including the Louvre and the fine museum at Rouen. Lille, Bordeaux, Caen and Nantes are among the other collections owning an example by the artist and the marvellous 1996 exhibition, Les années romantiques: La peinture française de 1815 à 1850, organised by the Réunion des musées nationaux featured Leprince’s 1826 Paysage de Susten en Suisse (Louvre) that was bought by Charles X.