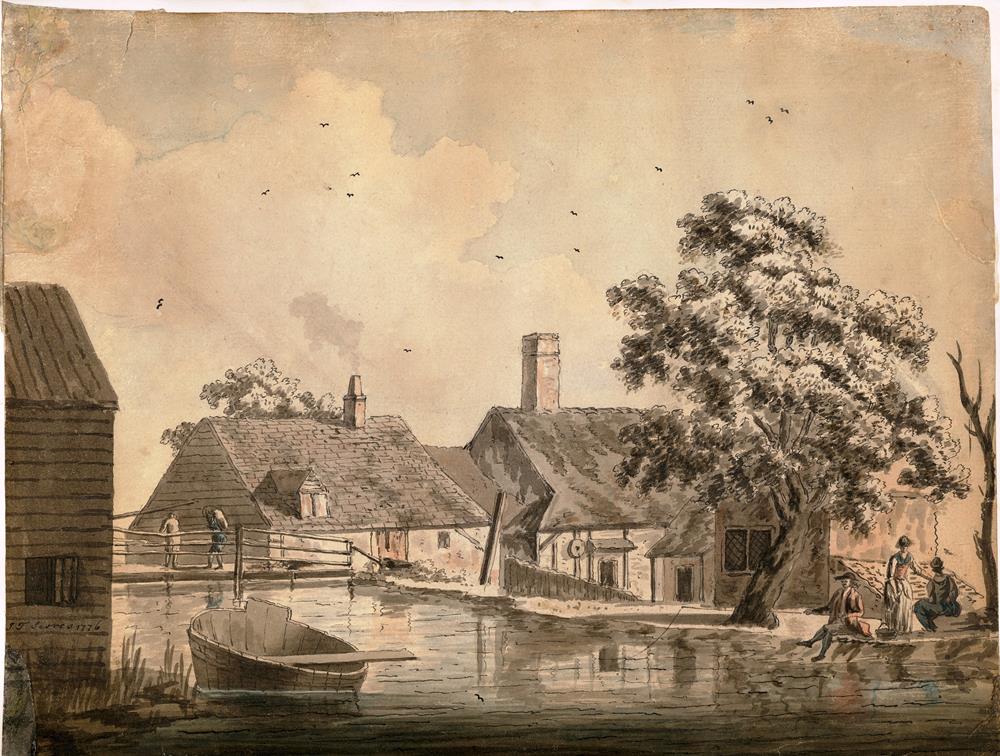 Born in London, John Thomas Serres was the eldest son of Dominic Serres, R.A., a Gascon who had come to England as a naval prisoner of war around 1750, and who subsequently became a founder member of the Royal Academy and one of the most successful marine artists of Georgian times. J.T. Serres, training under his father, first exhibited at the R.A. in 1776; he became ‘Marine Painter to H.R.H. the Duke of Clarence’, the most nautical of George III’s sons. In 1793 he succeeded his father as ‘Marine Painter to H.M. the King’. To Serres’ list of distinguished offices was added in 1800 that of ‘Marine Draughtsman to the Hon. Board of the Admiralty’; this was an unusually valuable appointment, both for artist and patron alike, for Serres excelled at elevation drawings of harbours, fortifications and landmarks all along the coasts of France, Spain and the Mediterranean. At the end of the Napoleonic Wars Serres still enjoyed both Royal and Admiralty patronage, and in his excellent book on Domonic Serres (2001, Antique Collectors Club), Alan Russet has devoted considerable space to the son’s achievements, in particular his influential Liber Nauticus.

Nonetheless, in spite of his renown as a marine painter, there is little doubt that J.T.Serres set out upon his career with the intention of becoming a specialist landscape painter. Nearly all his exhibited subjects were of inland scenery, and had he kept to this he would surely have ranked with Ibbetson as a master of the English landscape on the eve of the Industrial Revolution.