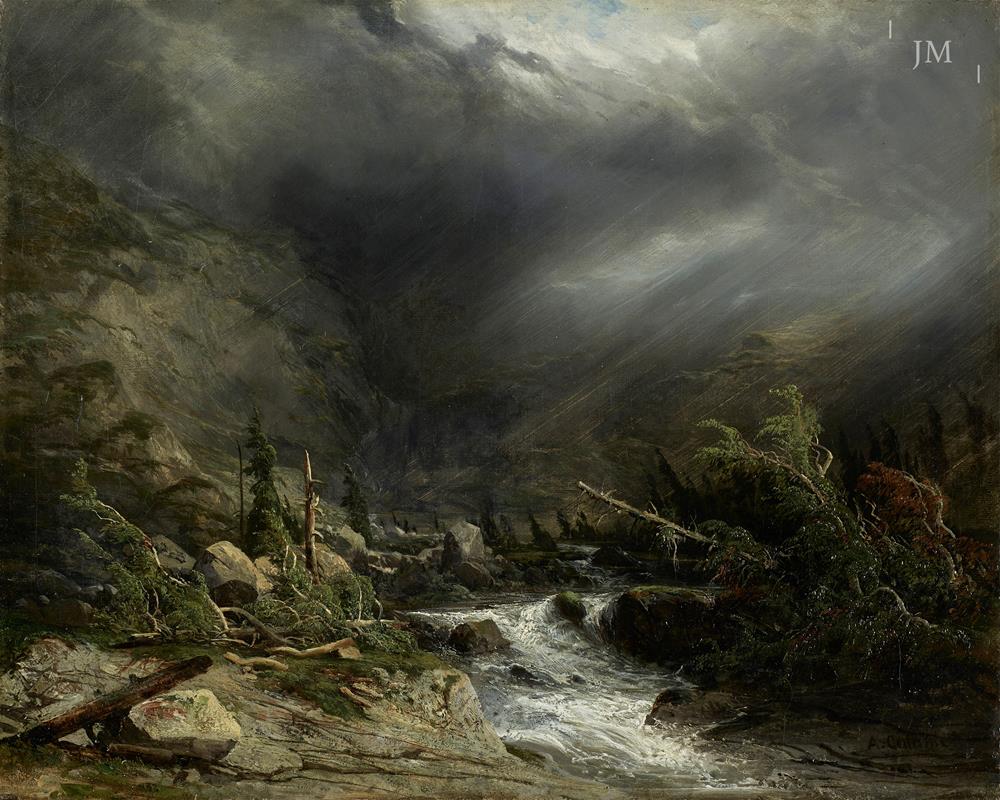 The Grimsel Pass links the cantons of Valais and Bern, where the Rhône river meets the Aare. Even today the pass can remain closed for several months a year due to snowfall and in Calame’s time this was a veritable wilderness. Nevertheless, the Grimsel and Handeck regions were some of his favourite places to make painting trips to- often staying there for weeks on end. Dateable to 1840, this beautiful early work was once only known of from a lithograph and comes close to being Calame at his best. It is also interesting to note that it belonged to the Geneva collector, John Revilliod, who would champion his friend and fellow Genevan’s work throughout his life. To the painter, the combination of the feeling of solitude and chaos brought on by the passing storm represented the extreme Romantic sensation.

The rain was skilfully recreated by scratching the palette knife through the wet glazes on the paint surface. The motif of the trees snapped by the forces of nature became a recurring theme in Calame’s work as did his tendency to depict solitary fir trees, storm battered but surviving, in lieu of people in his pictures. Likewise, the small patch of blue sky right at the top of this oil study was doubtless an intimation of Providence.