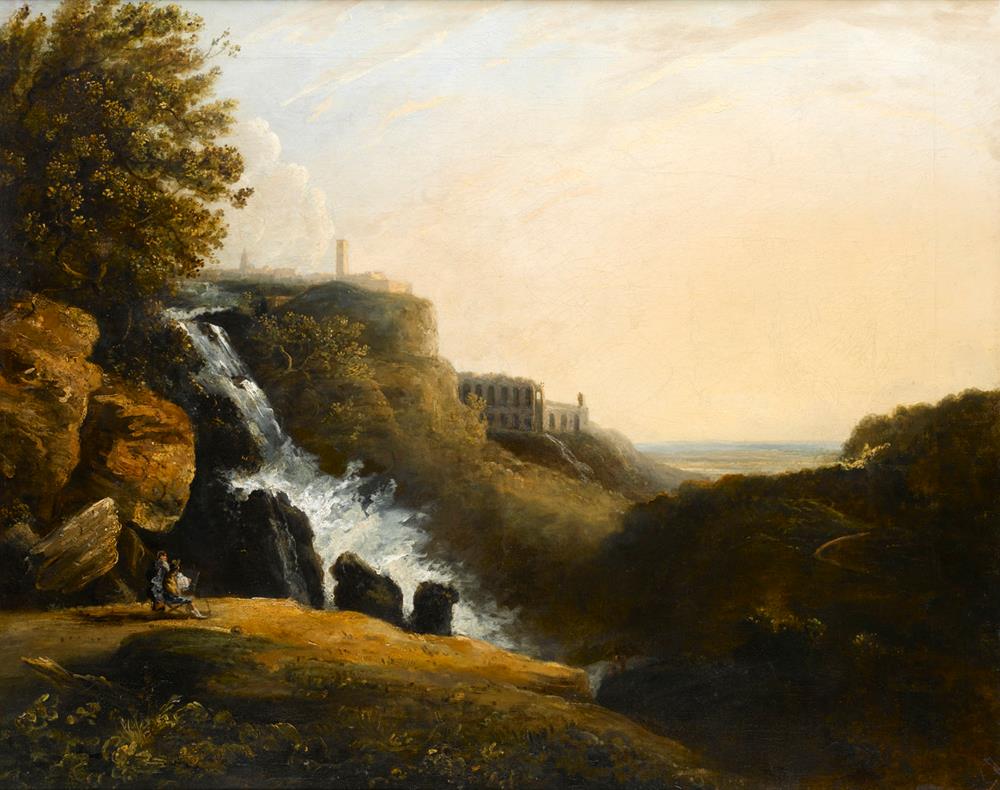 This landscape is a version of Richard Wilson’s subject now in the Dulwich Picture Gallery, London. Wilson had been in Rome in between 1752 and 1755/6, and upon his return set about producing classical landscapes inspired by painters such as Vernet and Zuccarelli. Hodges was apprenticed to Wilson between 1758 and 1765, and together with his fellow pupils Joesph Farington and Thomas Jones, he is one of the key biographical sources on Wilson. His account in the European Magazine of 1790 remains the earliest, and presumably most accurate, record of Wilson’s life.

Compositionally, Hodges’ view of Tivoli is an exact version of Wilson’s original. However, his interpretation goes beyond the classicism of Wilson and there is a discernible Romanticism in his treatment of the glowing sky and, in particular, the dramatic waterfall. This tendency was a product of his voyage on Cook’s second expedition to the South Seas (1772-5), and it is therefore probable that he copied Wilson’s original in England between 1775 and his departure for India in 1779. By the time of his return to England in 1783, his manner had developed away from the classical studio style of Wilson into a more organised, plein-airiste idiom.