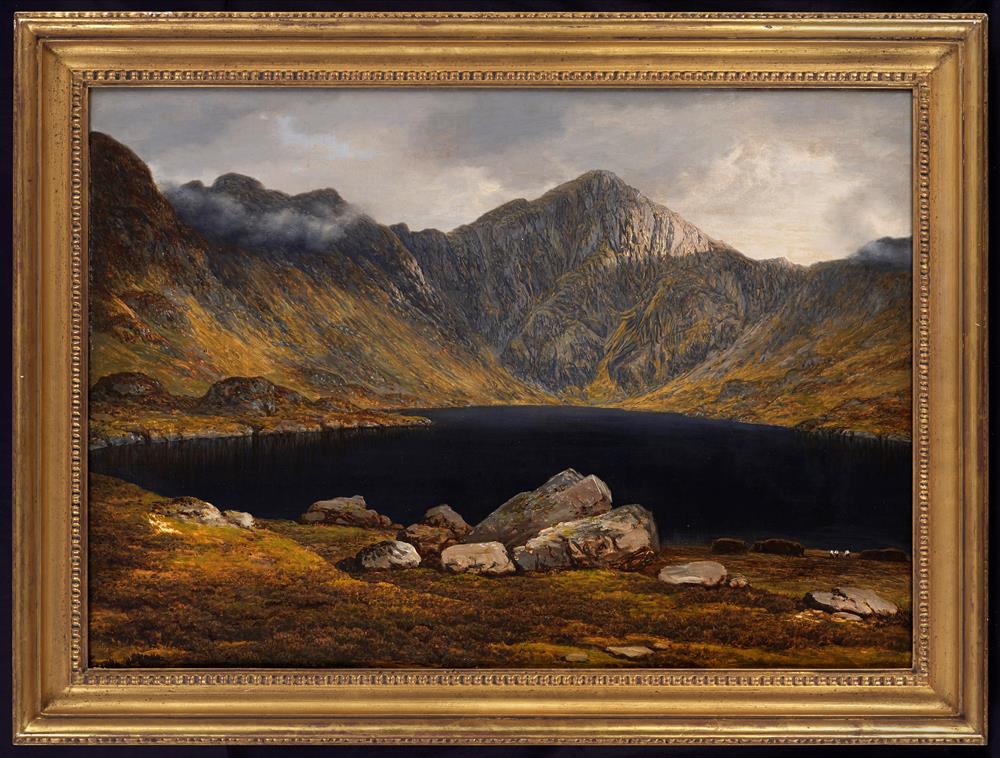 Born near Leicester, Glover’s experience as a child working in the fields of his family’s farm instilled in him a love of nature. A self-taught artist, he was appointed writing master at the Free School in Appleby in circa 1787. Over the next few years, he made a number of visits to London where he studied under the landscape painter William Payne (1760-1830). This picture is likely to have been painted between 1795 and 1804, when the artist embarked on a series of sketching tours of picturesque districts in the country. During this period, he exhibited views of Scotland, Cumberland, Derbyshire, Leicestershire, and Wales at the Royal Academy. Here, the artist depicts Loch Coruisk, situated in the Cuillin Hills on the south coast of Skye.

An accomplished painter in both oil and watercolour, Glover was one of the founding members of the Society of Painters in Watercolour, becoming president of the Watercolour Society in 1807. In 1823, he also became one of the founding members of the Society of British Artists. In 1830, he emigrated to Australia with his family, arriving in Launceston, Tasmania in 1831. Over the next twenty years, the artist farmed sheep and became known for his paintings of the Tasmanian scenery, homesteads, and Aboriginal people. He continued to exhibit works back in London, sending 68 pictures in 1835. During his lifetime, Glover was highly successful and ranked as one of the foremost landscape painters in both Britain and Australia.