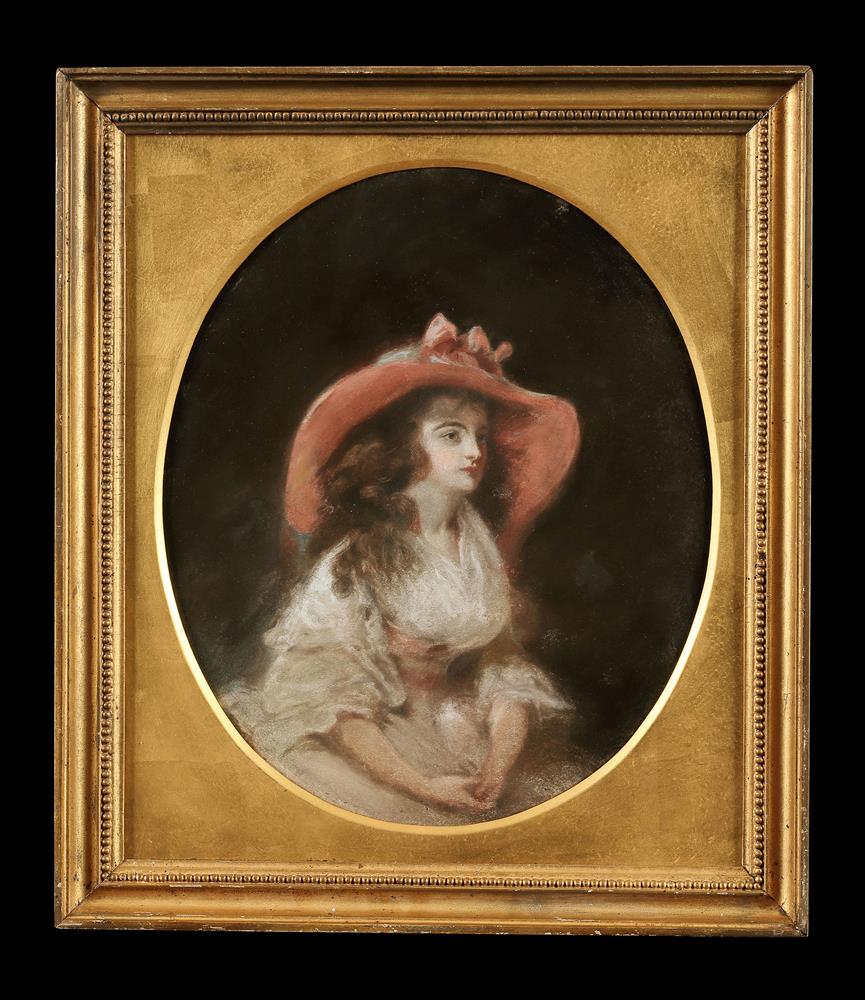 Lawrence has always been accepted as one of the great figures of the Regency period, and he dominated portrait painting in England for forty years. It is not commonly known, however, that as a teenager in Bath he worked almost exclusively in pastels before he abandoned the medium entirely after 1790, by which time he had moved to London. Lawrence’s ability as a pastellist was considerable, though in retrospect without the flair and excitement which he was to bring to his oils. His pastels are almost all of the same size and oval, and at the Dulwich Picture Gallery and Dulwich College there are similar portraits by Lawrence of four of the sitter’s siblings, some of the twelve children of the famous musician, Thomas Linley of Bath.