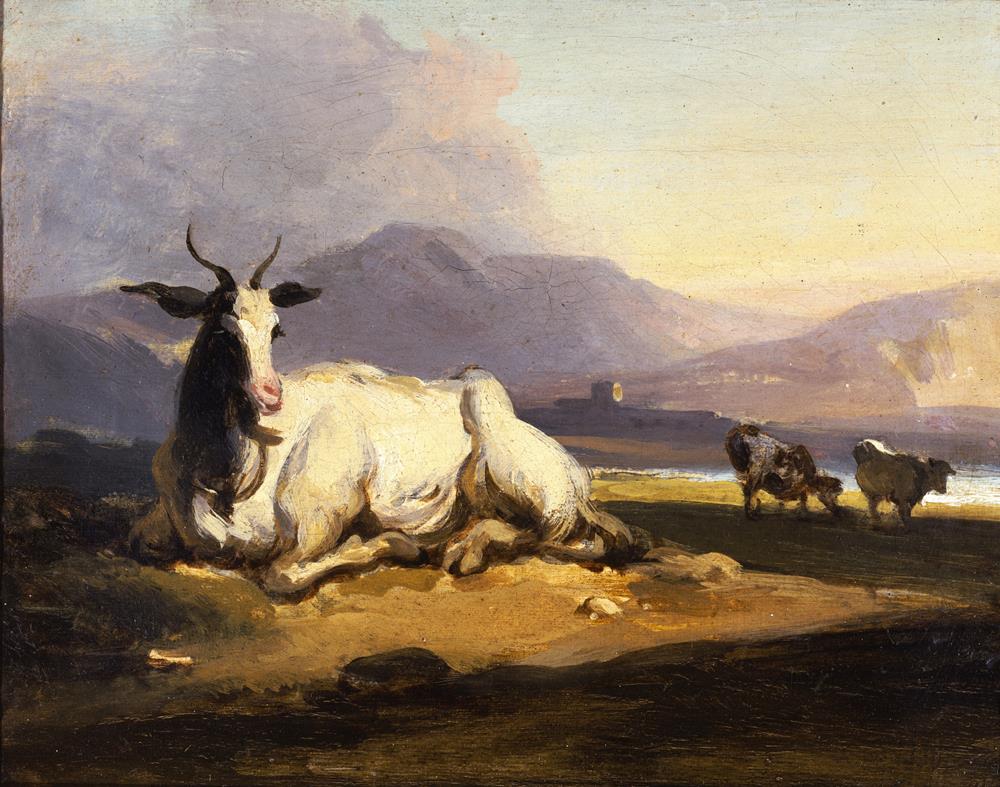 Although long-rumoured to be Irish, Chinnery was brought up in London, where he showed a precocious talent as a portrait painter in the traditions of Romney and Cosway. George entered the Royal Academy School in 1792, and by 1795, had exhibited twenty portraits at the Academy.

In 1796, Chinnery moved to Dublin. In 1802, apparently following a breakdown in his marriage, Chinnery sailed to India. He worked in Madras until 1807, when he went to Calcutta to paint the portrait of the chief Justice of the Bengal Supreme Court, Sir Henry Russel (Calcutta, High Court).

After three years in Dacca, from 1808 to 1811, Chinnery established his studio in Calcutta, where in 1815 he was on the committee of management of the Calcutta Theatre.
To avoid his creditors he moved in 1822 to the Danish settlement of Serampore, near Calcutta, and in 1825 to Macao on the Chinese coast, thereby escaping debts of some 30,000 rupees. He lived at Macao, making brief visits to canton and, after its acquisition by the British in 1841, to Hong Kong. He produced quantities of fluent sketches of fishermen, blacksmiths, sampan girls, gamblers, goats and pigs.

In oils, Chinnery continued to execute portraits of merchants, both Western and Chinese. Impervious to current fashions in Europe, he maintained a dramatic, even mannered portrait style, which set him apart from his compatriots, although from 1830 to 1846 he continued to send pictures back to the Royal Academy in London. He died in Macau on May 30 1852 and is buried in the Old Protestant Cemetery there