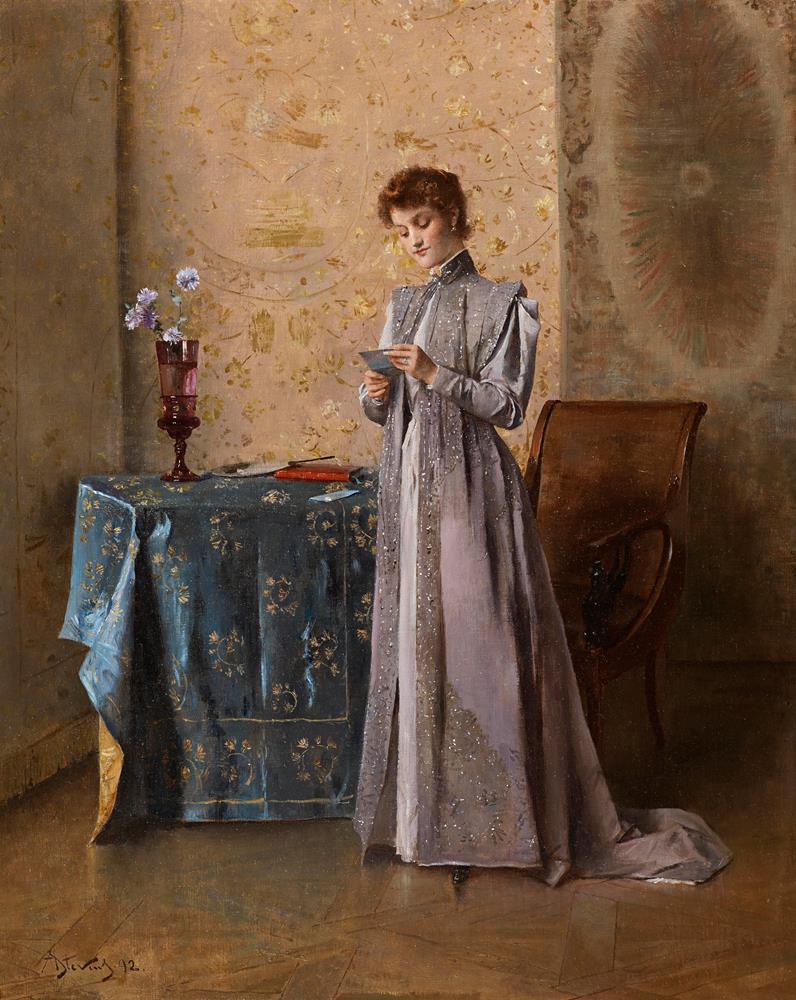 The combination of the three themes of ladies, the opening and reading of
letters and luxurious draperies epitomises the paintings of Alfred Stevens. His
exploration of the idea of ‘la femme seule dans son intérieur’ began with the
seventeen pictures of his chosen for the Exposition universelle of 1867 and
continued throughout his career. As with Gerard Ter Borch and the other
Dutch seventeenth-century masters whom he revered, for Stevens the subject
of ‘the letter’ was merely a pretext for painting, albeit an inexhaustible source
of inspiration. The restrained but elegant furnishings of the room are in keeping
with Stevens’ concern for the latest fashions and the influence of japonisme.

John Mitchell Fine Paintings have been for many years the leading specialists in
the life and work of Alfred Stevens.