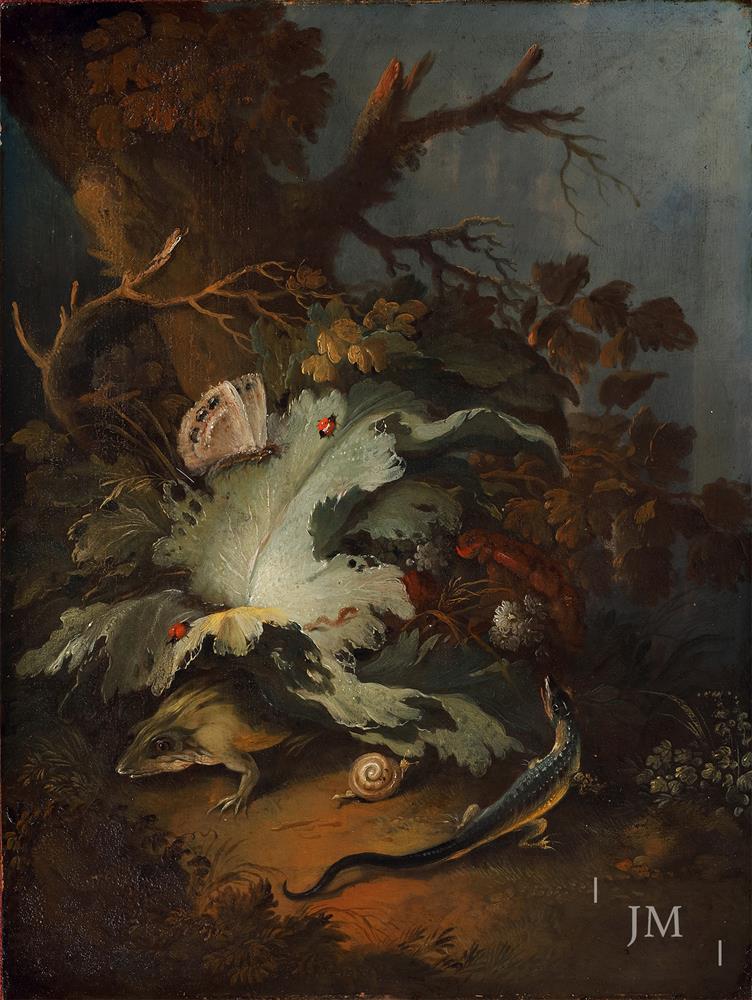 This delightful interpretation of the theme of the ‘forest floor still life’ probably had its origins in seventeenth century Italy, when artists developed the sottobosco genre (literally ‘under the woods’) and all the imagined goings-on in the natural world of the woods. Born in Edinburgh the son of a Hungarian musician, Reinagle was at first a portrait painter and then turned to landscape, sporting subjects and animals, these latter often in the manner of Frans Snyders, the Flemish painter of game. (Like his contemporary Julius Ibbetson, he also happened to be a skilful imitator and restorer of the Dutch masters.) In April 1990, a set of three exotic bird paintings of quite extraordinary quality and size (ten feet wide) were sold at Christie’s. Indisputably Reinagle’s masterpieces, they had been at Houghton Hall in Norfolk since the late eighteenth century, and in their rich, teeming foregrounds bring to mind the somewhat smaller example here.