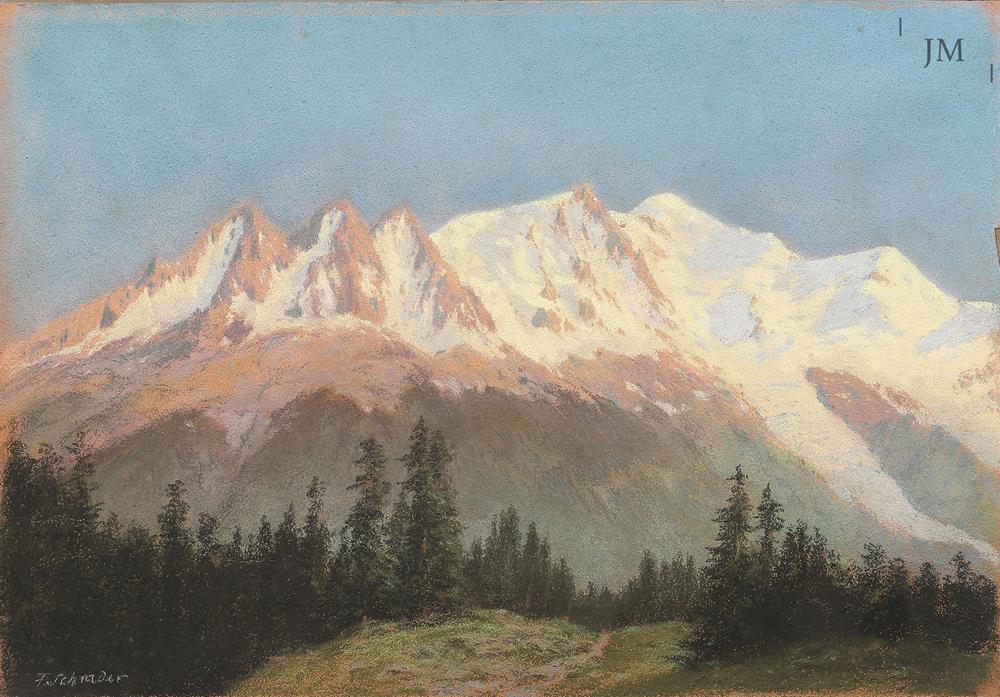 Of Prussian origin, Schrader was a mountaineer, explorer, cartographer and gifted painter who made an important contribution to the mapping of the Pyrenees. As a true peintre-alpiniste, this delicate pastel of the Mont Blanc Massif marks his debut in our Peaks & Glaciers exhibitions and Schrader’s work is all the more relevant to this exhibition as he is acknowledged as founder of the Société des peintres de montagne. On November 25, 1897, as vice-president of the French Alpine Club, he held a conference at the club to establish an aesthetic credo of the mountain and announced the imminent formation of a French guild of mountain painters. The conference title was: À quoi tient la beauté des montagnes (What makes the mountains beautiful); the speech was considered the founding bulletin of the Société. In 1878 Schrader made the first known ascent of the central Pyrenean summit, the Grand Batchimale (3,176 m), which was consequently renamed Pic Schrader. When promoted in the 1890s to director of cartography for Hachette publishers, Schrader actively contributed to Hachette’s Guides Joanne which became the famous Guides bleues in 1919.