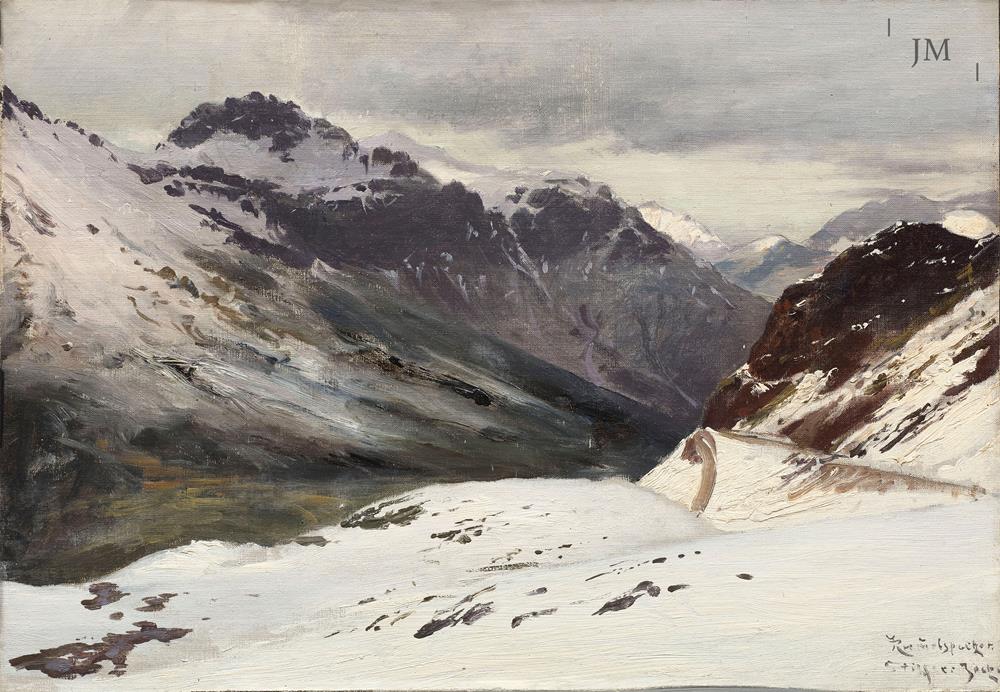 At 2,727m the Stelvio Pass is the highest paved mountain col in the Alps. The original road was built from 1820-1825 by the Habsburg rulers to connect the then Austrian held province of Lombardy to the rest of Austria, with the road itself remaining much the same today. As a strategic border point between the Austro-Hungarian Empire and the Kingdom of Italy the pass saw fierce fighting during the First World War. The Stelvio pass is best known today for its popularity with motorists and cyclists and when open in the summer months, its seventy-five hairpin bends provide a gruelling stage for cyclists searching for the highest road in the Alps. A pupil of Theodore Hagen, Rummelspacher was born and trained in Berlin. Predominantly a painter of landscapes, his mountain views tend to focus on the Austrian Alps and Dolomites.