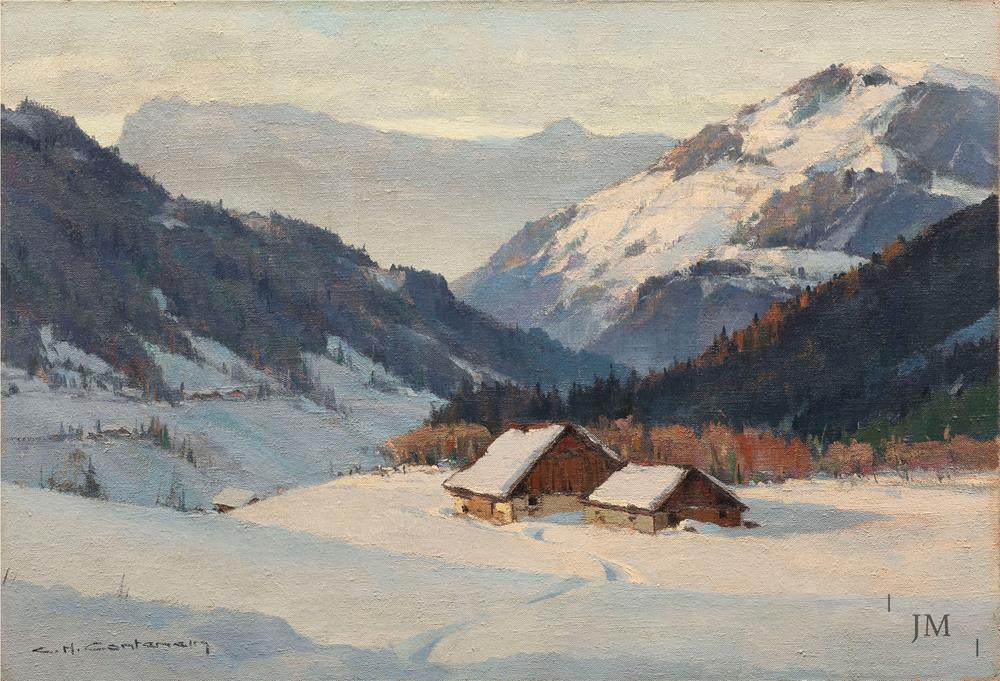 Les Contamines-Montjoie lies in a secluded valley between Megève and Chamonix. As well as a fine Savoyard church from the Baroque era, many of its original buildings still stand, especially its barns and haylofts, and a 15,000-acre nature reserve was set up in the 1970s to protect the area. In this late afternoon scene Contencin has conjured the essence of a winter coming to an end. The lingering snows on the farmhouses have begun to thaw and a stand of tawny coloured larches add warmth to the composition. A patch of mist is catching the dwindling sunlight further down the valley and subtly pushes the long chain of the Aravis mountains deep into the background.