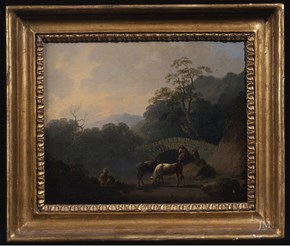 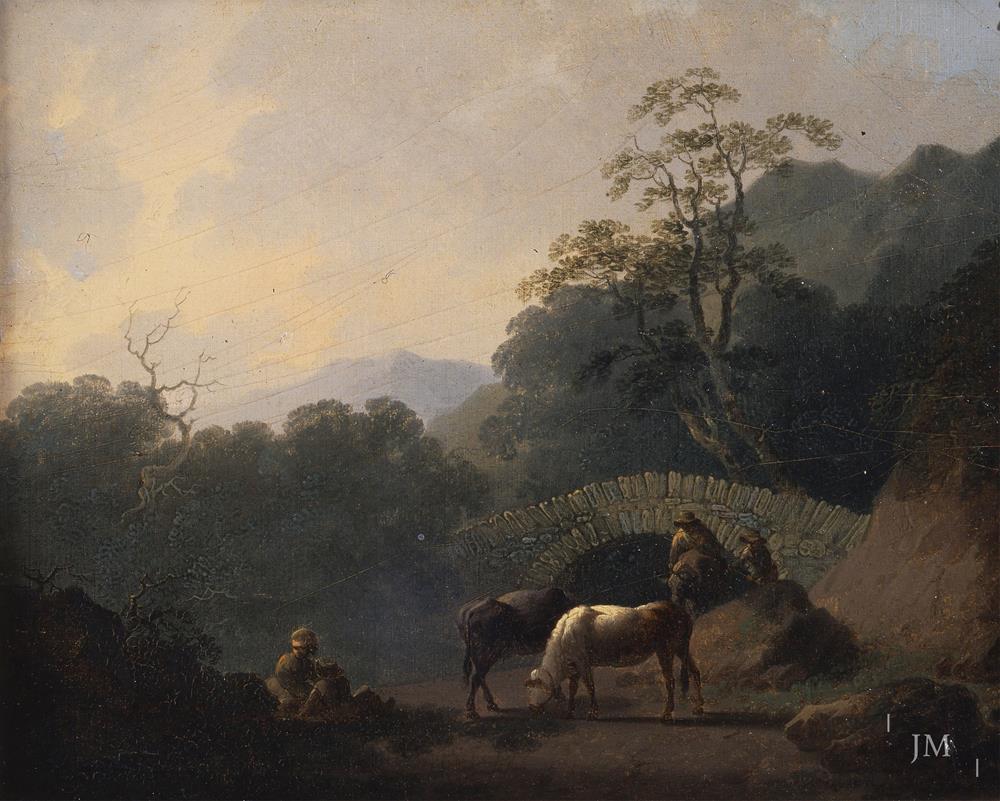 John Rathbone, a native of Cheshire, was a self-taught artist and a friend of George Morland, Ibbetson, and Richard Wilson.  In 1775, together with Charles Towne, he worked on several large commissions in Leeds and York, eventually moving to London at the age of thirty five. He painted many fine views of the Lake District and surrounding countryside, and was sometimes called ‘The Manchester Wilson’.

On his arrival in London, Rathbone exhibited frequently at the Royal Academy and gave instruction in painting, two notable pupils being Thomas Hofland and the Earl of Harcourt.

He travelled extensively in the British Isles usually in the company of his friend George Morland, painting mostly landscapes and some sea-pieces, and his views of the Lake District are among his best work.

Rathbone’s work is to be found in most major museums, notably in the Walker Art Gallery at Liverpool, Wolverhampton and Salford.