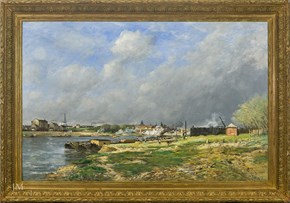 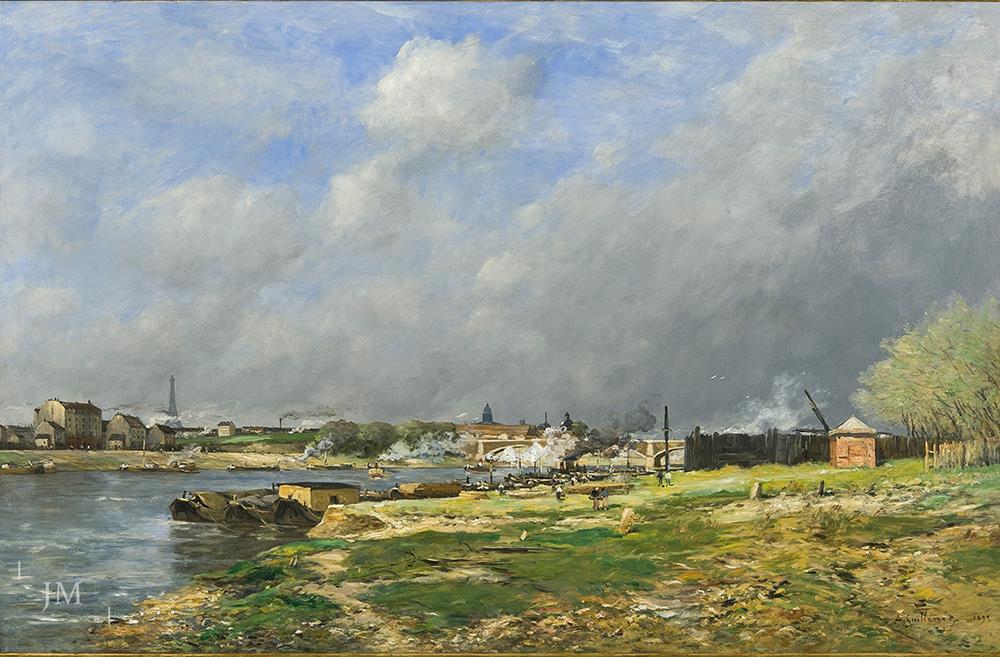 For more than forty years John Mitchell Fine Paintings has specialised in the paintings of Antoine Guillemet, the Normandy-born Impressionist. The firm has hosted three major exhibitions of his work since the 1980s and has been responsible for the rediscovery of several of Guillemet’s 2-metre ‘Salon’ paintings, including three panoramic views of Paris.

In this giant, sweeping cityscape, painted from Conflans to the east of the capital, the distinctive dome of the Panthéon can be made out as well as the then two-year old Tour Eiffel. With its barges, wharves and puffing smokestacks, there is a palpable sense of industry and history as the metropolis entered into the last decade of its most transformative century.

Taught by Corot and Daubigny, Guillemet first exhibited at the Paris Salon in 1865. In the late 1860s he met Monet, Pissarro, Courbet, Cézanne and Zola (who became his close friend). His reputation rests on his views of Paris and of the Normandy coast where he spent every summer. He was awarded a medal at the Salon of 1874 and a silver medal at the Exposition Universelle in 1889. Guillemet can be seen standing behind the two female figures in Manet’s celebrated painting, Le Balcon (1868), now in the Musée d’Orsay, Paris.