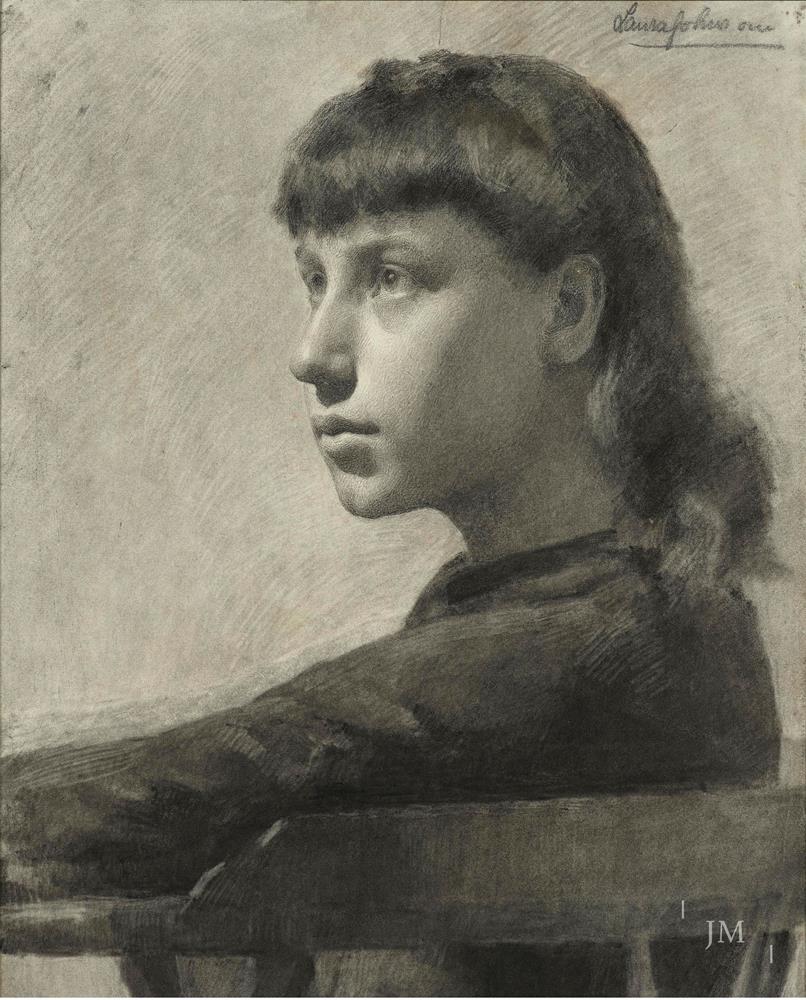 The recent small exhibition at the Royal Academy (Laura Knight: A Working Life) has brought to mind once again the achievement of Laura Knight, a prominent figure in the story of twentieth-century British art and one who has always been admired in our family. Both my grandfather and father bought and sold her charcoal drawings in prodigious quantities and, like them, I too have always appreciated Laura’s innate gift for drawing, aptly reflected in the title she chose for her 1965 autobiography, The Magic of a Line. Furthermore, since my involvement with a fine exhibition of her ballet paintings at Nottingham in 2008, I have been persuaded that a major, comprehensive retrospective of all aspects of her work at a London institution is long overdue.

When they think of Laura Knight, people tend to conjure up children splashing by the seaside or picnics
on sunlit Cornish clifftops, but in truth she was a sincere, original and inquisitive artist blessed with an
extraordinary talent. Her penetrating studies of gipsy folk at Iver in the 1920s were, for me, a highlight of the National Portrait Gallery’s grouping of her portraits in 2013, while her work in the Second World War is never less than thought-provoking and, in the case of her monumental masterpiece, The Dock,
Nuremberg, 1946 (Imperial War Museum), chilling. Even if less stern in their subject matter, her abundant studies of the circus, boxing ring, ballet and theatre, whether in pencil, chalks, charcoal or line and wash - or a mixture of all of them - are always striking. Hers was an unbiased, alert vision, with a power of direct expression in every subject she touched upon. Even if clowns and circuses seem uncomfortably ‘wrong’ to modern tastes, the drawings themselves cannot be glibly dismissed as ‘rather corny’, in the words of the Oxford Dictionary of Art and Artists. How much more de nos jours to recall that Laura Knight was, after all, the first woman to be elected to the Royal Academy in 1936! As a child Laura Knight, in her own words, ‘had loved pencil and paper to be thrust through the bars of my cradle’, and her mother, herself an art teacher, encouraged her to copy the work of nineteenth-century illustrators to be found in books about the house. At the age of thirteen, she enrolled at the Nottingham School of Art, and there her intuitive skill would have been nurtured by life drawing classes and, as she later readily admitted, sitting next to and copying a dashing student in pince-nez glasses called Harold Knight. Drawn at some point before they married in 1903, the academic study presented here is an early indication of Laura’s exceptional draughtsmanship. Very much of its time, too, the sheet also bears out her teacher William Foster’s emphasis on drawing with absolute attention to detail. It was drawings like this one which she sent to the national competition in London each year, and for which on one occasion she won a gold medal (which she then sold to support her mother and their household). A fine, comparable example in pure charcoal is illustrated in Caroline Fox’s Laura Knight (1988), pl. 4, p. 13.

The Fine Art Society, London;
Private collection, UK (acquired from the above 30 March 1955);
Property of a Charitable Trust.