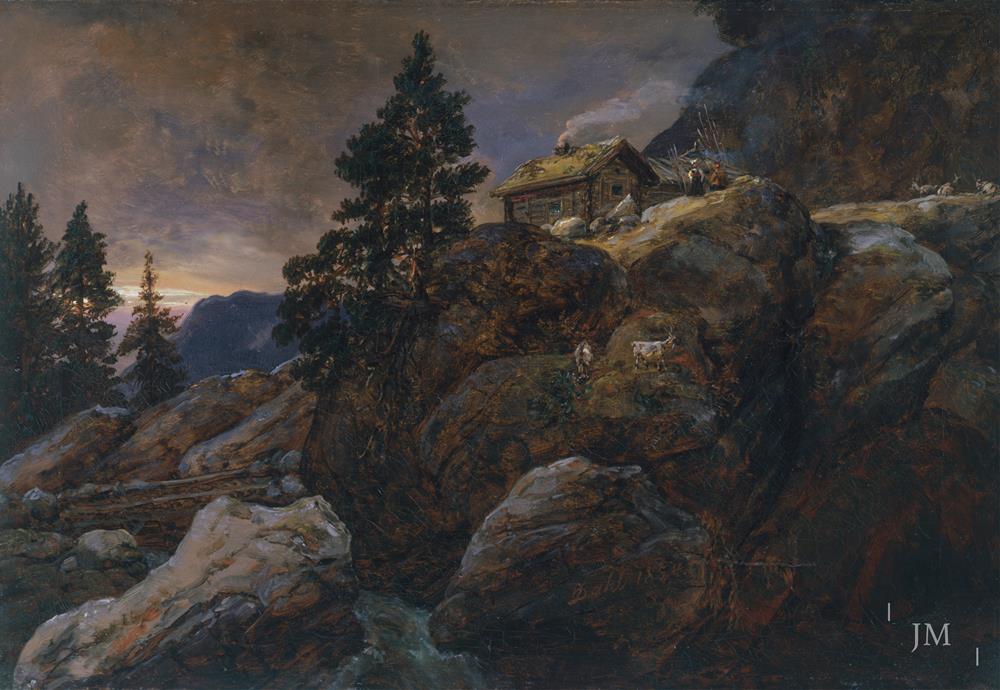 Johan Christian Dahl (1788-1857) was the leading Norwegian artist of his day and one of the most important landscape painters of the Romantic era. He was born in Bergen, where his artistic talent was recognised early and given financial support, and in 1811 he was sent to Copenhagen to study at the Academy there. Early on, he determined that Norway would be a central subject of his art and set about learning landscape painting from both his contemporaries and the Dutch Old Masters.

Dahl relocated to Dresden in 1818, where he befriended Caspar David Friedrich (1774-1840), thus placing himself at the centre of the Romantic landscape tradition. Travels in Italy followed in 1820 and 1821, but he returned to Dresden to make his lifelong career there; indeed, from 1824 he was a professor at the Academy. From 1826, however, Dahl repeatedly returned to Norway, where he studied the ancient history and archaeology of his homeland and gathered landscape motifs. His studio door in Dresden was always open to young Norwegian artist journeying south. In part through his mentoring of these young artists, he established himself as the master in exile, at the heart of the Norwegian art world.

This late work by Dahl, painted three years before his death, captures  the  atmosphere of the twilight hours in the far north with farmers by their cabin. The painting is available to view at the gallery, please contact James Astley Birtwistle (jamesb@johnmitchell.net) to arrange a visit.