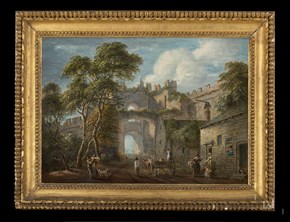 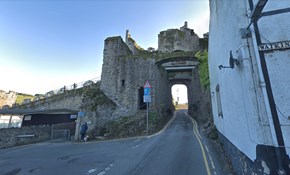 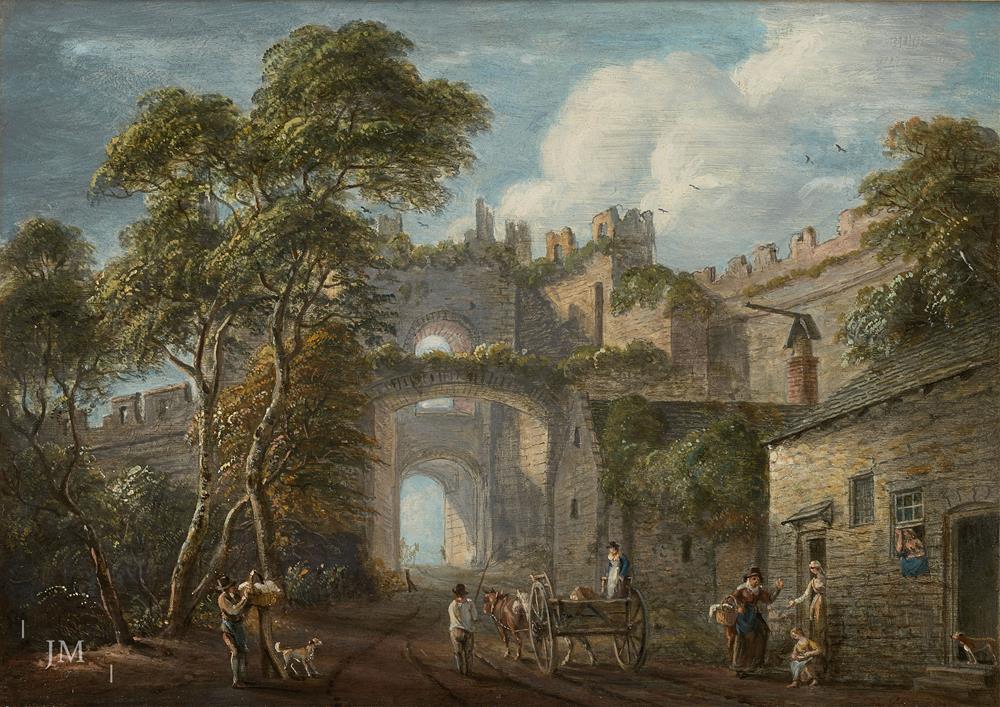 Paul Sandby’s traditional title of ‘father of the English watercolour school’ has much justification. He freed watercolour from a subservient role to oil painting, and by the introduction of the aquatint process provided the ideal means for the reproduction of watercolours, widely diffusing their appeal. A founder member of both the Royal Academy and the Society of Artists, Sandby’s work in oil, gouache and watercolour ranges wide in technique and subject matter, and was of ‘powerful encouragement’ to the next generation of British landscape artists, including Thomas Girtin and Turner. Paul Sandby was a prolific exhibitor, showing over one hundred and twenty pictures at the RA between 1769 and his death in 1809. Throughout Britain, and from street life in her cities and domestic gardens to ancient castles and ruined abbeys, he recorded a country experiencing rapid social and commercial development.

In 1771 Sandby toured North Wales in the company of Sir Watkin Williams-Wynn, 4th Bt. (1749-1789) and this expedition was to have profound consequences on both the development of British landscape painting and for the discovery of Wales as a destination for tourists. The huge castles at Caernarvon and Conway in their strategic and dramatic settings stood for the turbulence, drama and territorial upheavals of the Middle Ages, and, to Sandby’s generation, increasingly evoked Britain’s largely mysterious past. As at Windsor, Sandby would continue to explore in his work the Welsh castles and ruins for the rest of his life, and here in the 1790s Julius Caesar Ibbetson (another artist long championed by our firm) would produce his finest work.

Our painting is uncommon in Sandby’s extensive oeuvre for being painted on a sheet of copper, but it is quite probably one discarded by a printmaker, with whose profession Sandby was closely associated. The view is typical Sandby, with an accurate rendering of one of the castle’s gateways and fortifications (see the photo of the view today) animated by ordinary folk who made their home there. Note, too, how he has made a point of documenting the two women in their traditional high, black silk hats.