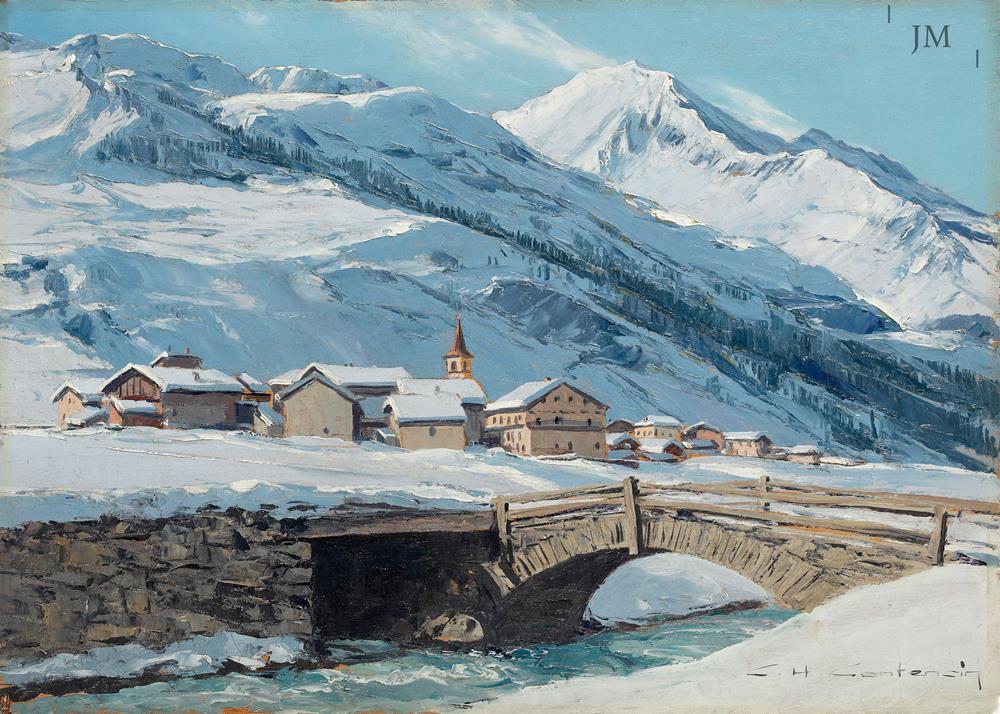 This view of Les Boisses, also known as Tignes 1800, was painted some thirty years before the construction of the hydroelectric Barrage du Chevril, and, as a result, is a rare and historic representation of a mountain community that has since disappeared. Originally, Tignes consisted of only two hamlets: Tignes and Tignes-les-Brévières until the huge dam was built and completed in 1952 (in the face of significant opposition from the local families). Tignes was lost beneath the newly formed Lac du Chevril and the village was partially reconstructed including the seventeenth-century Eglise Saint-Jacques-de-Tarentaise as seen in the centre of the composition. Every decade the lake is drained for maintenance work on the dam revealing in the process the original cluster of silted up buildings and the remains of the original church. The financial compensation from the French government paid for Tignes’s first ski lift and the subsequent construction of the ski resort now in use: Tignes Le Lac.