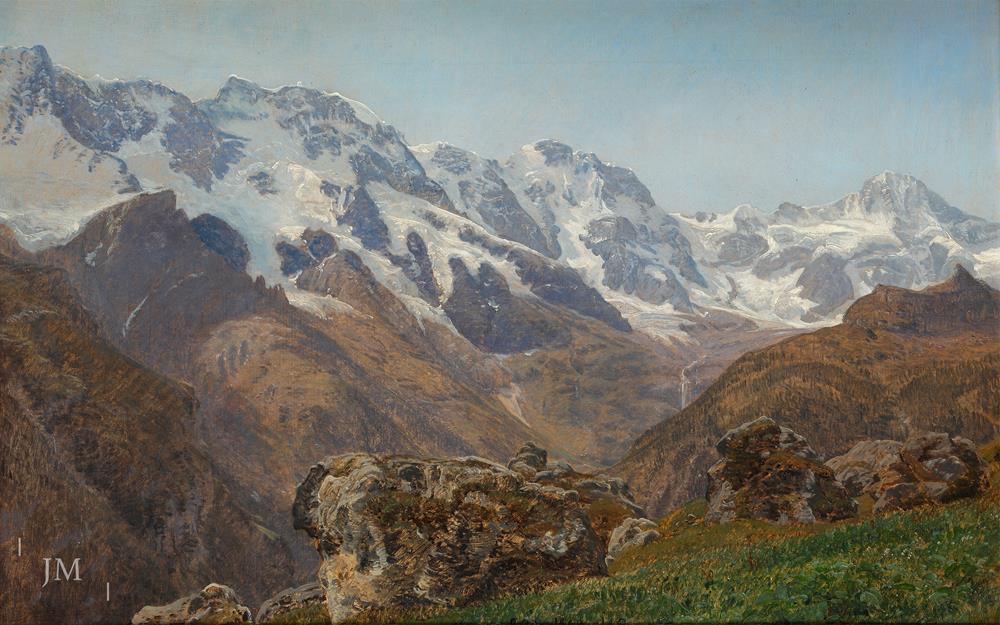 Lacour’s soft treatment of light and contrast in his landscape paintings was a direct legacy of the ‘Golden Age’ in early nineteenth century Danish painting. The painter travelled widely in the Alps and in southern Italy but his compositions suggest utter stillness with no trace of human activity. Despite his traditional, academic grounding, Lacour, nonetheless, approached his Alpine scenery with a more modern eye for vantage points. In this instance, perched above Mürren, Lacour was only protected from the cliff edge by a large boulder which lends dynamism and drama to the view across the valley to the Grosshorn and the Breithorn.