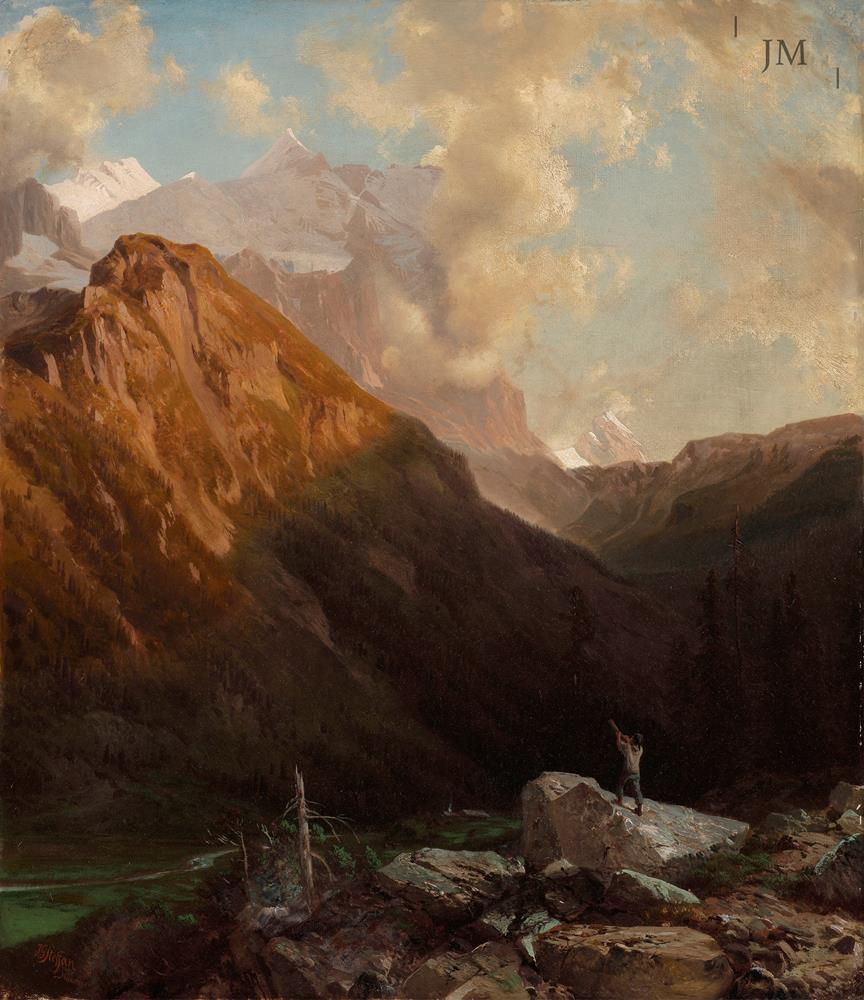 Although he was born in Zürich, Steffan moved to Munich as a young man where he became known by his contemporaries as the ‘German Calame’. Over the course of his long working life, he undertook countless painting trips throughout Switzerland, concentrating on lake and mountain landscapes with a fondness for raging waterfalls. In this regard his subject matter overlapped with the more famous Calame’s paintings, yet even though he was only five years younger, he outlived him by over fifty years. Like Calame, Steffan had a wealthy clientele and produced many hundreds of finished oil studies, particularly in the Bernese Oberland, Graubünden and the Glarus Alps. Despite the acknowledged similarities with Calame’s work, Steffan has, in general, a brighter palette and a wider use of myriad greens and reds. He returned to the same valleys, lakes and forests again and again but his pictures, the oil studies especially, never seem repetitive or staged which can be a pitfall in the landscapes of the late Romantics. Today, Steffan remains an underrated artist who left an important legacy of work, one that deserves further re-assessment in the form of a monographic exhibition.

Despite being one of the most celebrated and Romantic views in Switzerland; one that lured painters from all over Europe and America (including Albert Bierstadt, Sanford Gifford and Worthington Whittredge), the vista of the Wellhorn and Wetterhorn seen from Rosenlaui remains unimpaired by roads or buildings.