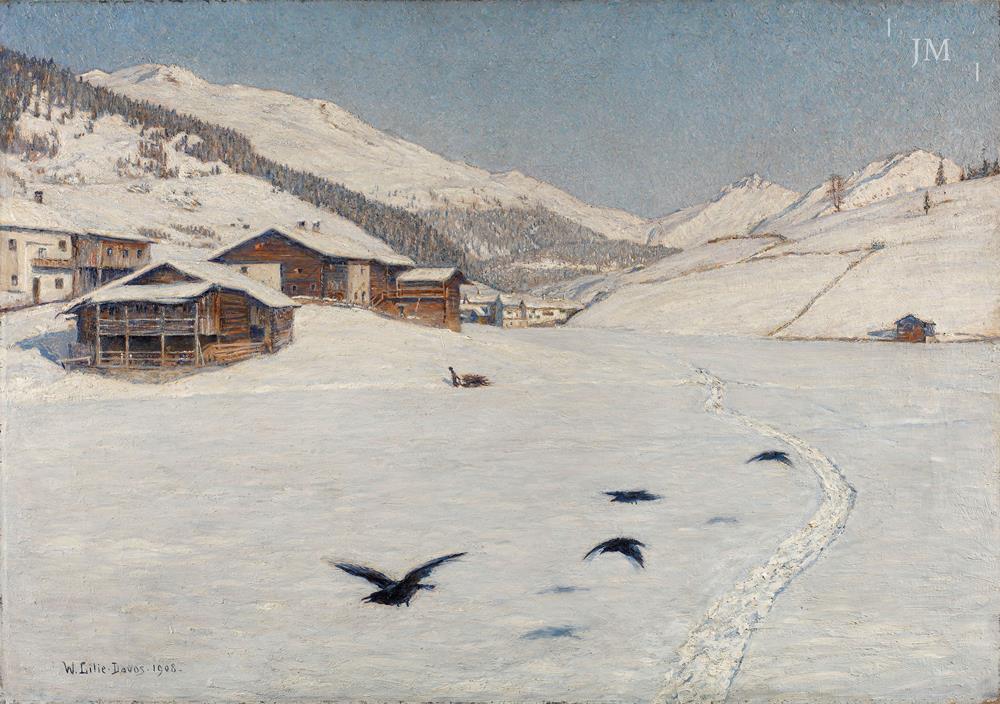 Facing north, looking towards Klosters and its surrounding peaks, Lilie painted this wintry landscape from a meadow near what is now Davos’s golf club. This is a beautifully executed canvas and seems inspired by the Divisionists’ paintings. By 1910, the Divisionist movement had already peaked in popularity having developed from and alongside Pointillism. Aiming to maximize luminosity by dividing colours rather than mixing them, the technique seemed ideally suited to alpine scenery and its greatest exponent was perhaps the epitome of the mountain lover himself, Giovanni Segantini; of all the alpine painters in European art, Segantini’s work is now by far the most valuable. It was the northern Italian landscapists who championed Divisionism the most and Walter Lilie would have seen many of their exhibitions in Milan, Zurich and Vienna.

Despite spending most of his working life in Switzerland, Lilie was in fact born in Dresden where he attended its famous Kunstakademie. In his late twenties he was sent to live in Davos for health reasons where he began painting mountainscapes.

His Engadine pictures are closest in style to the Italian Divisionist painter, Emilio Longoni who was working in the Bernina region during that period.