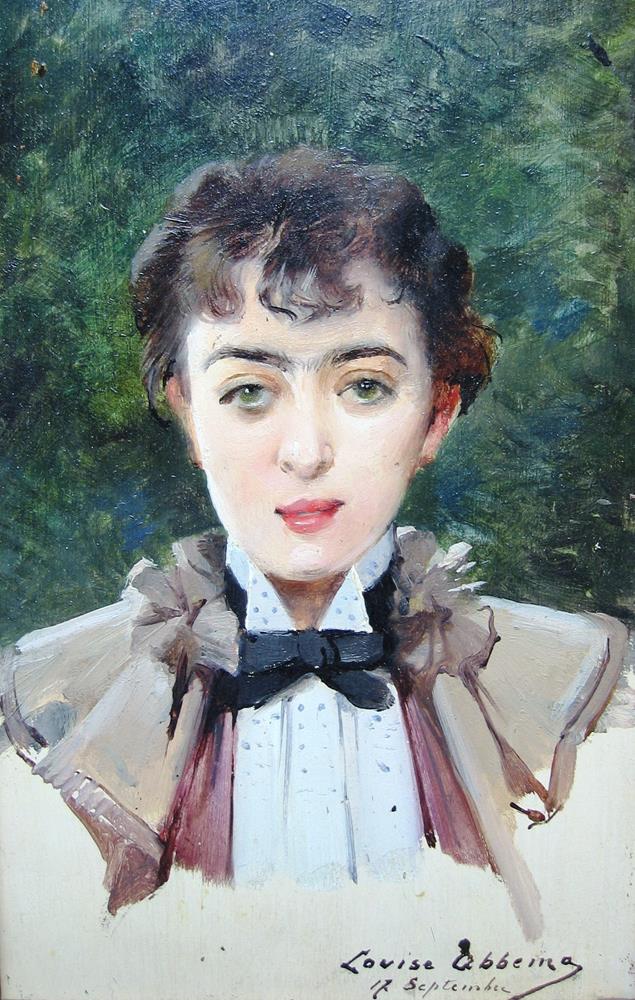 Louise Abbéma was a French painter and designer, born in Etampes. She began painting in her early teens, and studied under such notables of the period as Charles Joshua Chaplin, Jean-Jacques Henner and Carolus-Duran. She first received recognition for her work at 23 when she painted a portrait of Sarah Bernhardt, her life-long friend and, many believe, her lover. She excelled at portraiture and flower painting equally at ease in all mediums and also painted panels and murals which adorned the Paris Town Hall, the Paris Opera House, numerous theatres including the "Theatre Sarah Bernhardt", and the "Palace of the Colonial Governor" at Dakar, Senegal.

She was a regular exhibitor at the Paris Salon, where she received an honorable mention for her panels in 1881. Abbéma was also among the female artists whose works were exhibited in the Women's Building at the 1893 World Columbian Exposition in Chicago. A bust Sarah Bernhardt sculpted of Abbéma was also exhibited at the exposition. Her most remarkable work is, perhaps, Le Déjeuner dans la serre, in the Pau Museum, not unworthy of comparison with her Impressionist friends, Bazille and Manet. The characteristics of her painterly style are apparent in this small pair of typically fashionable sitters, a brother and sister of the Luppé family.

Among the many honors conferred upon Abbéma was nomination as official painter of the Third Republic. She was also awarded a bronze medal at the 1900 Exposition Universelle and in 1906 was inducted into the Légion d'Honneur.

Abbéma died in Paris in 1927. By the end of the 20th century, as contributions by women to the arts in past centuries received more critical and historical attention, her works were enjoying a renewed popularity.