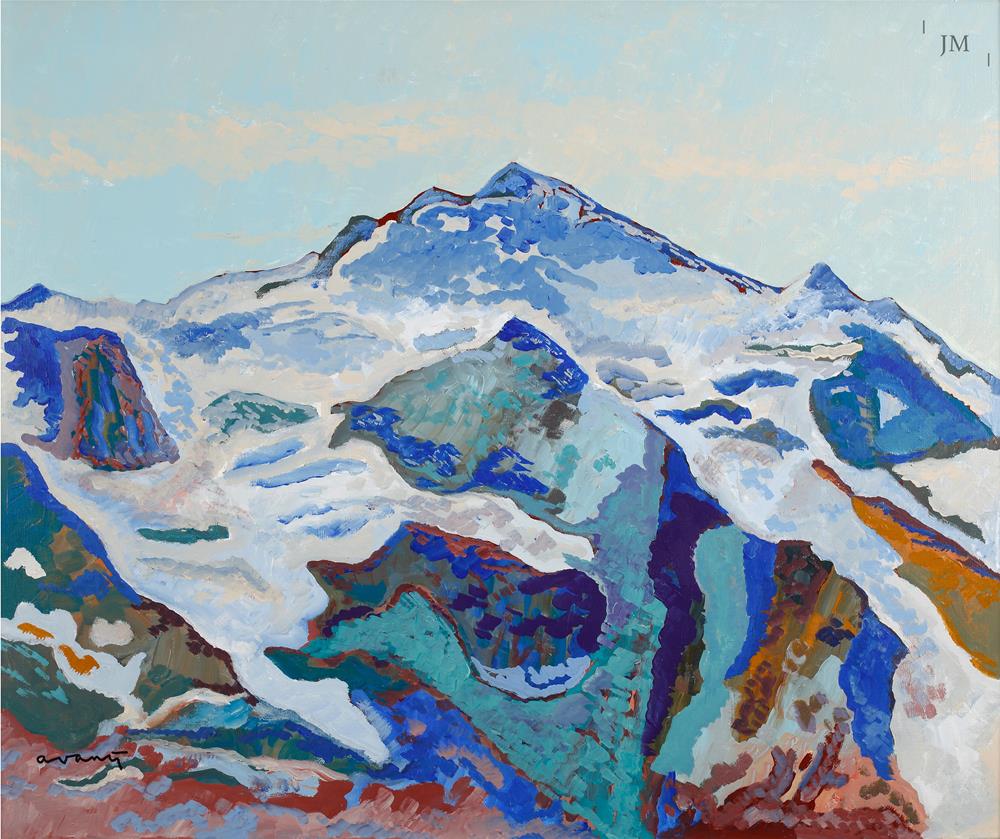 A recognized Swiss author, poet and painter, Peter Studer uses ‘Giorgio Avanti’ as a pseudonym. He lives and works from a studio in Walchwil on the eastern shore of Lake Zug, in the heart of Switzerland.
Avanti’s use of intense colour has earned him the epithet as the colourist of the Alps and a lengthy article published about his life and work that came out in the October and November 2020 edition of Munich’s art magazine, MUNDUS, was subtitled the Kolorist der Alpen. Drawing parallels with the Polish colourists of the 1930s and 1940s, the closest living counterpart to Avanti is the recently deceased American painter, Wolf Kahn.
Studer was born in Luzern and studied for a career in law before taking up abstract painting in the 1980s. Moving to portraiture and genre scenes a decade later, Studer has spent the latter half of his career concentrating on the Swiss Alps. MUNDUS’s journalist, Lena Naumann, characterizes Avanti as a twenty-first century disciple of Segantini in his interpretation of the Alps whereas the painter would align himself just as closely with the work of Ferdinand Hodler, the leading Swiss painter of the late nineteenth century and Willy Guggenheim, known as Varlin.
Peter Studer refers to his gift for poetry and short stories as ‘painting with words’. His vibrant canvases display their own poetry, one derived entirely from colour.