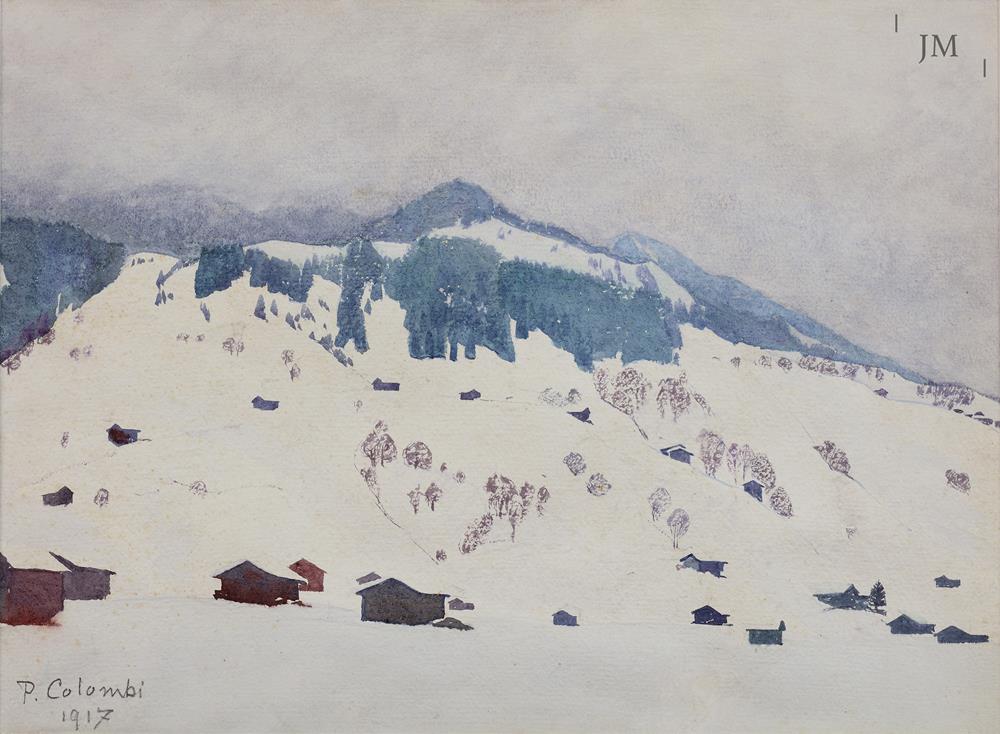 This is a wonderfully atmospheric watercolour of a foggy winter’s day in the Klosters valley. With its pared down palette such a drawing onto a mostly blank sheet would defeat all but the most accomplished watercolourists, especially in the handling of the low-lying clouds.

Thanks to his apprenticeship as a designer and poster artist Colombi could turn his hand to engraving, lithography and woodcuts as well as oils and watercolours with equal aplomb. Colombi came from a Swiss Italian family in Bellinzona and having studied architecture in Winterthur, decorative art in Paris and Bern, he had become an independent painter by 1900. He began painting snow scenes in these early years when living near Lake Thun in the Berner Oberland from where he made frequent forays into Graubunden and the Engadine. Colombi’s oils were brighter and often more summerlike in colour than his watercolours and in this connoisseur’s picture the violet and umber washes were used sparingly to create a sensation of low visibility.

One of the cleverest aspects of the composition is how the colours of the timbers on the snowbound chalets cool to almost black as the buildings recede across and down the valley. A dry brush technique with the lightest touch was used to delineate the leafless birch trees on the lower slopes.