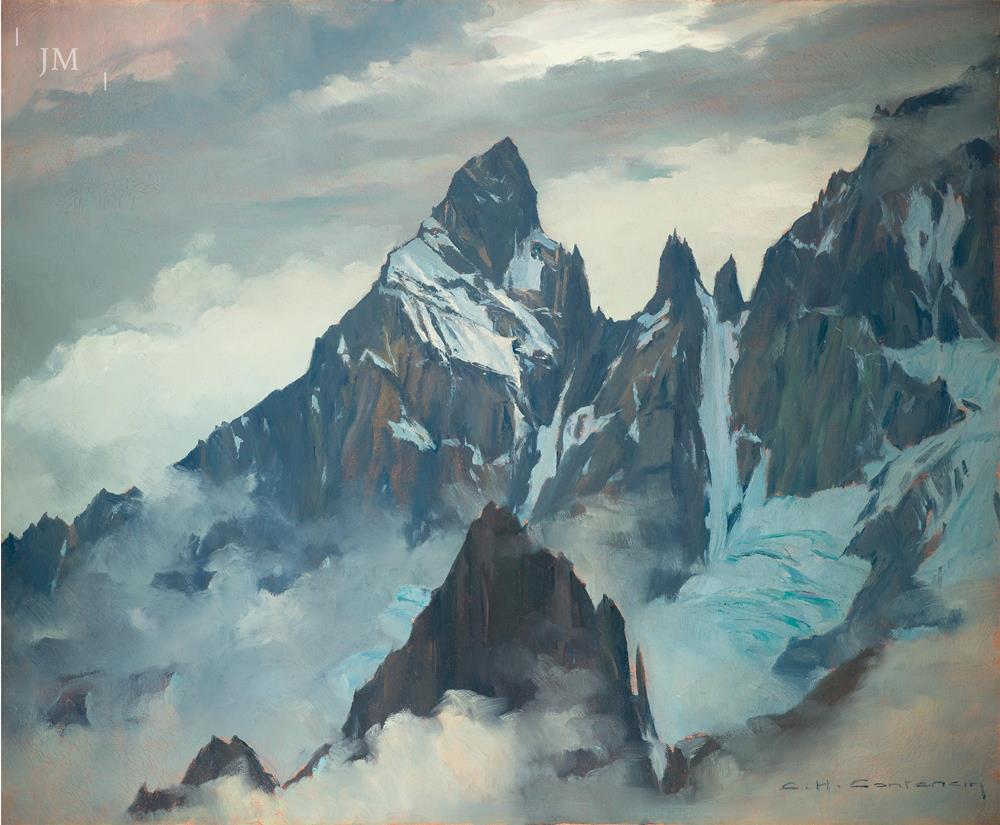 This is arguably one of the finest Contencin pictures to be offered in Peaks & Glaciers since the exhibitions began in 2001. It combines all the best aspects of this peintre-alpiniste’s prowess at capturing atmosphere, the colours of the ridges and the sense of ever-present drama to be felt when among the high Alps. Looking west from near the Torino Hut, there are not many more thrilling sights in the Alps than the Peuterey Ridge. The south face of the mountain as painted by Contencin leads up to the Italian summit of Mont Blanc. It is one of the classic rock climbs and ranks amongst the finest on the Mont Blanc Massif. The patch of pink in the upper left of the sky hints at a mid to late afternoon sitting and the swirling clouds suggest a storm has moved through.

Having survived the First World War when only 17 years old, Contencin trained as an architect and draughtsman and from an early age began to paint and climb in the Savoie and Berner Oberland. Initially he was employed by the French railways where he ended up commissioning works of art for their respective companies. Although he was technically an amateur painter, he was an active member of the Paris based Société des Peintres de Montagne and his paintings were frequently displayed in regional and national exhibitions. Towards the end of his life he was the President of the Société.