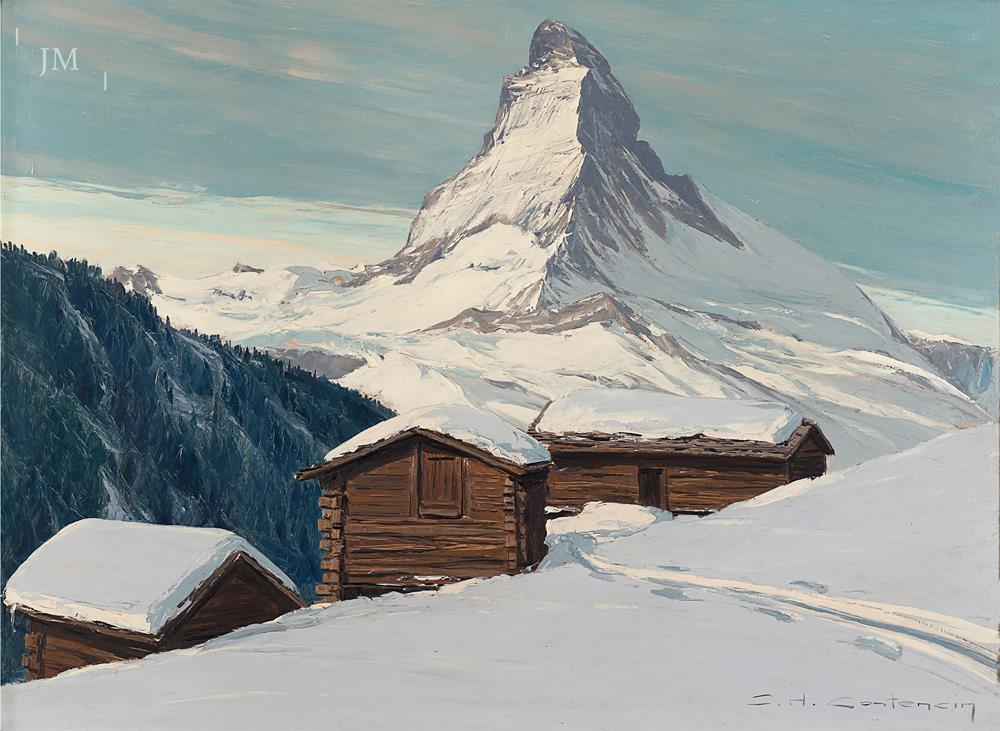 In this pleasing view of the celebrated Matterhorn, the roofs of the huts and the south face of the mountain itself suggest a recent heavy snowfall that has begun to soften and melt. The flat stretches of blanketed snow in light ultramarine are prototypical features of Contencin’s style and contrast sharply with the larch timbered barns that have gone almost black in the sun. Today these small shelters and grain stores have their own charisma as remnants of the ‘unpsoilt’ Alps.

For many generations, the group of hamlets known as Findeln were the summer homes for Zermatt families who grazed their cattle, grew crops and made hay on the sunny south facing slopes high up above the village. The livestock were driven up from the valley floor at the end of spring and once the milk had been turned into cheese it was carried back down along well-worn mountain paths.

The beautiful scenery was nevertheless largely immaterial to the Alpine farmers as their lives were tough and unsparing. Until the late nineteenth century the way of life had changed little and with such a heritage in mind, there is no small irony that some of Zermatt’s finest restaurants are now considered to be in Findeln.