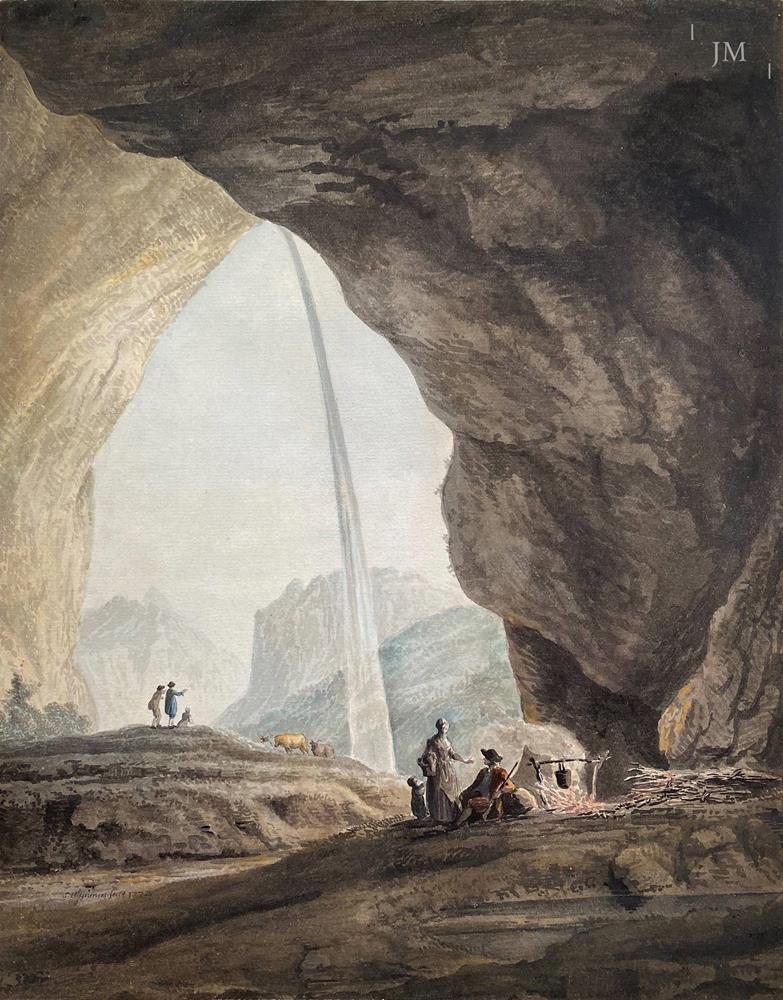 A Swiss-born artist who came to England in 1768 after working in Berne, Paris and Normandy, Grimm ranks high among the topographers of the period, and, at his best, his work used to be confused with that of Paul Sandby. This is one of a series of watercolours by Grimm of the dramatic alpine scenery between Meiringen and Grimsel, and has always been regarded as one of his most attractive Swiss subjects. It is also the earliest original work to feature in our long-running Peaks & Glaciers exhibitions to date. As such it is also of considerable art historical importance: even though Grimm must have drawn it retrospectively, that is to say from memory and from sketches done on the spot, this watercolour still predates by seven years Francis Towne’s A View of the Source of the Aveyron, a famous watercolour in the Tate’s collections which has traditionally been seen as the epitome of early British artists encountering the Alps. Grimm’s idea of showing the view from inside a cave out towards the sunlit uplands beyond seems thoroughly modern and lends grandeur to the otherwise humble subject of a chasseur by his campfire being visited by his wife and child.