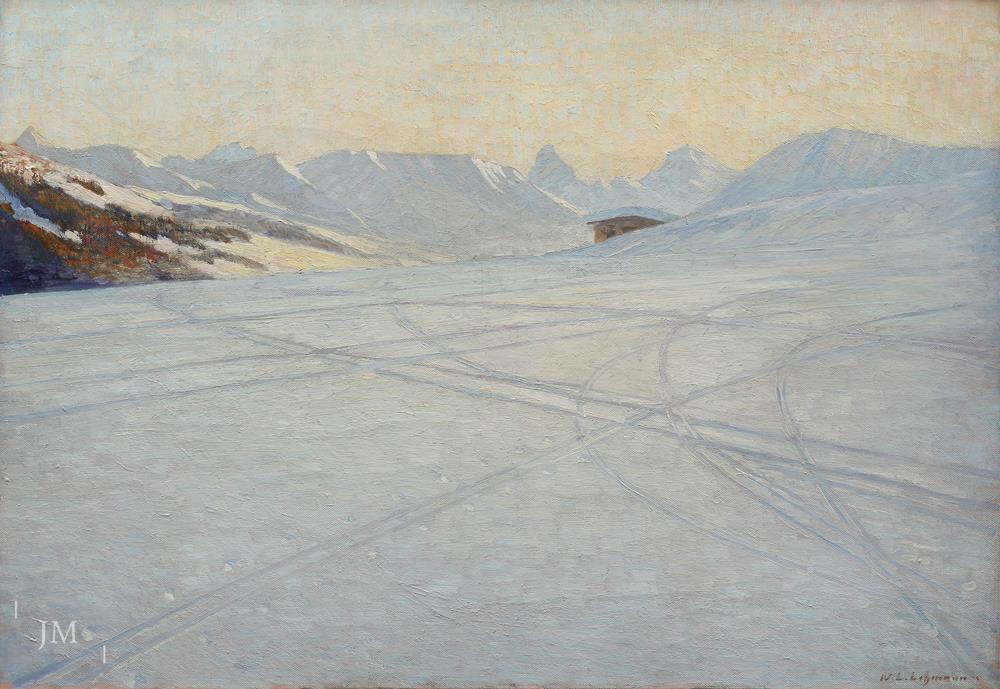 Lehmann was born in Zurich to German parents and together with Arnold Böcklin became one of the painters who formed the Munich Secession in 1892. Lehmann worked on numerous public commissions throughout Switzerland and his pictures are well represented in both Swiss and German museum collections. His series of twenty-two frescos decorate Zurich’s university entrance hall and the town hall has two panoramic views of the Old City by him.

Lehmann lived in Davos from 1909-1912 before settling in Munich and comparing this winter landscape with a painting of the same period and similar dimensions in Munich’s Neue Pinakothek, Herbstmorgen bei Davos, it is tempting to think that the artist based himself in the same spot. Looking south towards the Engadine, Lehmann painted this snowy meadow criss-crossed with ski tracks from up on western side of the Davos valley. The prominent tooth-like peak of the Tinzenhorn pokes up to the left of Piz Mitgel and far off to the east at the edge of the composition is Piz Kesch, the highest mountain in the Albula Alps above Bergün.