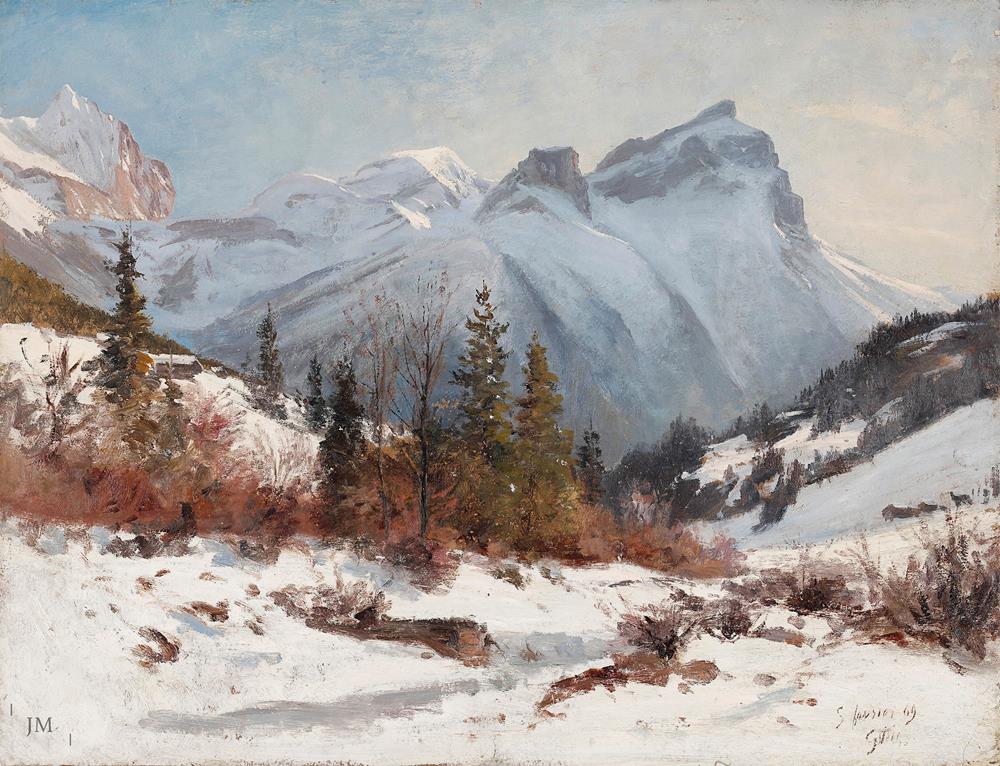 A superb plein-air study for a larger painting now in a private collection in England, this oil sketch is both topographically sound and compelling in the way in which Loppé rendered a crisp winter’s morning. The snow has sloughed off the stand of trees in the foreground and with no recent snowfall it appears as if the valley has been under a spell of high- pressure weather. Looking up from Gsteig, to the south of Gstaad, the peaks from left to right are the Arpelistock above the Sanetsch Pass, the Sanetschhorn and the Mittaghorn. The mountain to the far right of the chain with a distinctive spur at its summit is the Schlauchhorn.

Loppé began visiting this part of the Berner Oberland in the late 1860s and often followed the same itinerary, travelling from Bern via Thun where he would meet up with his English friends such as the Stephens and Wills families. Despite its inaccessibility at that time of year, the peace and beauty of the sparsely populated valleys appealed to Loppé and hardly a winter passed over the next twenty years when he did not plan a painting trip there as well as the chance to walk with his children. Nonetheless, Loppé’s oil studies and finished paintings from this region remain hard to source.