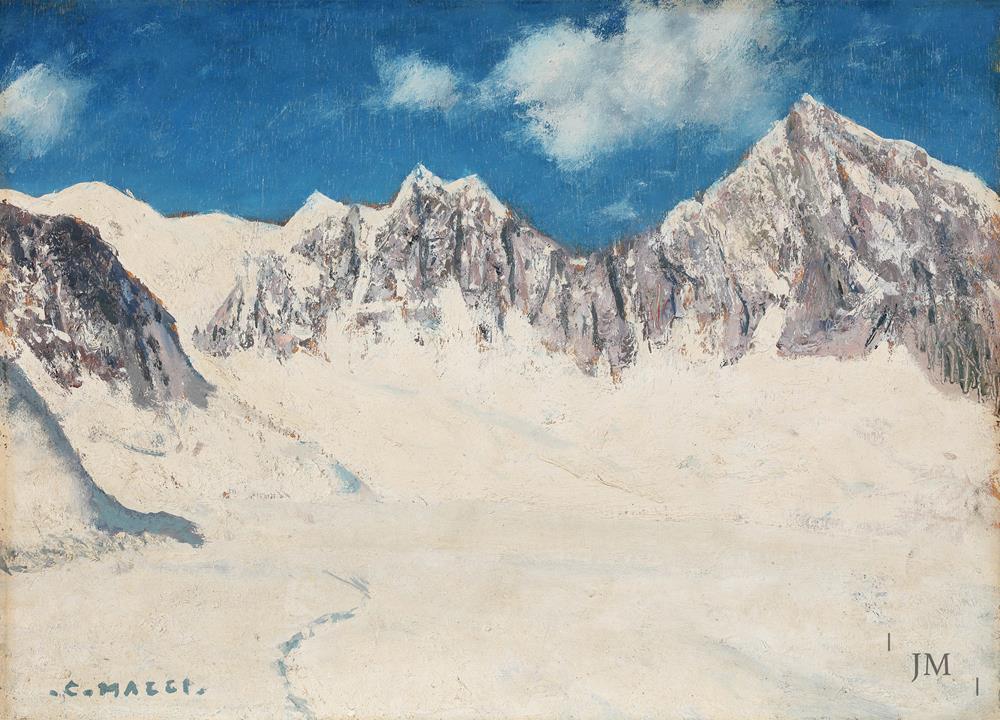 Looking up from the Glacier du Géant at the foot of the Aiguille du Toule, from right to left, the Mont Blanc du Tacul, Mont Maudit and on the far left the dome of Mont Blanc itself form a series of imposing peaks all over 4000 metres. The shoulder of the Tour Ronde protrudes into the left of the composition on this small panel painted at over 3,000 metres in a series of rapid brushstrokes.

Closely aligned with the work and style of Giovanni Segantini, Maggi was one of the leading representatives of the second generation of Divisionist painters in Italy. Having studied in Florence, Milan and Paris, Maggi spent time painting in the Engadine and the Val d’Aosta before moving to Turin where he signed a contract in 1900 with the leading dealer and promoter of the Divisionist painters, and a painter himself, Victor Grubicy. Maggi took part in the major Italian exhibitions of his time where he gained a reputation as the Pittore delle montagne (the mountain painter) even if he was an accomplished portraitist too. In 1912 the Venice Biennale devoted an entire room to his work at the Esposizione Internazionale d’Arte. Maggi was made professor of painting at Turin’s Albertina Academy in 1936 and was considered one of the Val d’Aosta’s most devoted landscapists.