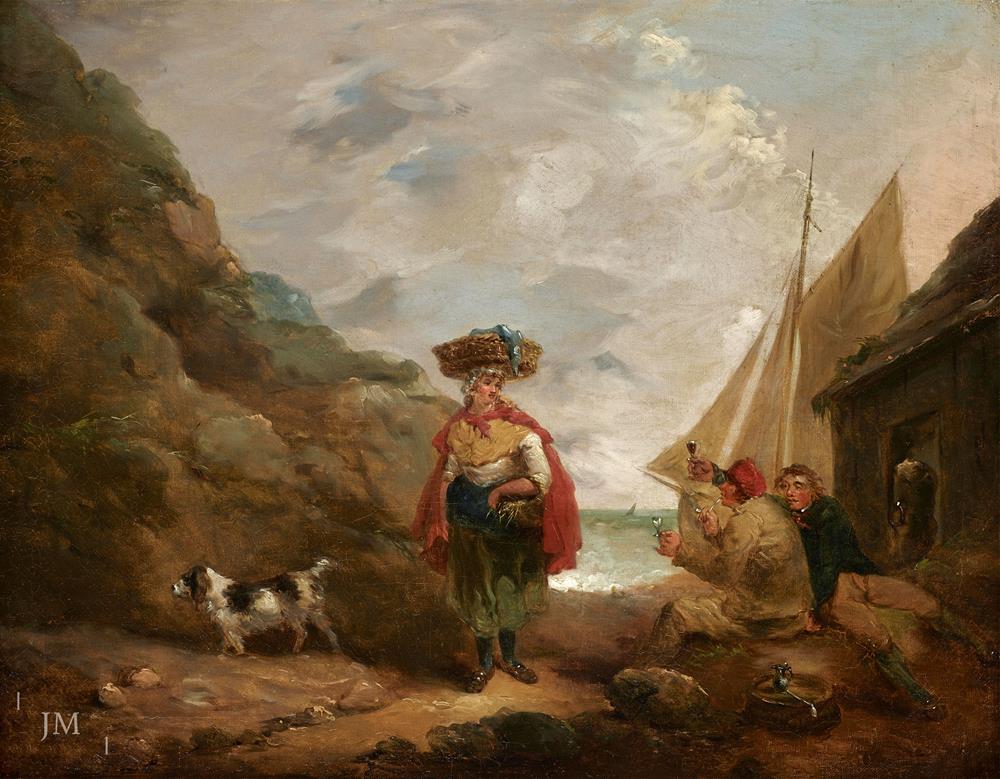 ‘Precocious, naturally gifted and naturally dissolute,’ Morland exhibited regularly at the Royal Academy for the last twenty years of his life, and was initially the master of genre and childhood subjects, and then of rustic scenes, smugglers and gypsies. He is first recorded on the Isle of Wight around 1789, when he appears in a number of Thomas Rowlandson’s drawings from his tour of the island, particularly those of the interior of inns. At that time Morland had left London to escape his creditors and moved to Shanklin, from where he soon moved again to Freshwater Bay. The coastline of the Isle of Wight appears frequently in his work from then on, not least for the same reasons as his friend Julius Ibbetson, and the characters in this canvas typify the rather picaresque company which Morland kept there, with this picture thought to date from either 1798 or 1799.

This attractive and jaunty scene is exactly the sort of painting which gave rise to the craze for Morland’s work that broke out after his death and which resumed towards the end of the nineteenth century (and which caused his work to be copied extensively). The rather suggestive subject matter is much at odds with the artist’s rather more refined The Visit to the Boarding School, a personal favourite of mine on display at The Wallace Collection, and the contrast between the two shows the breadth of Morland’s accomplishment.