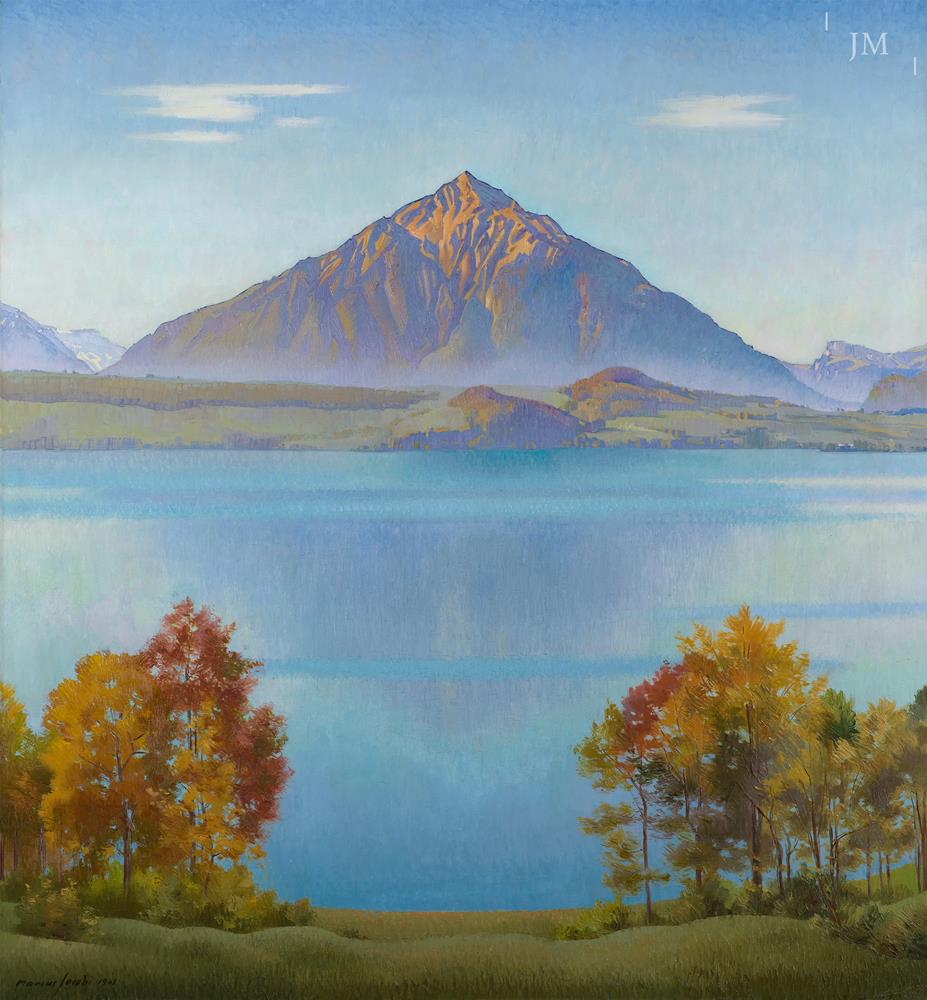 Born in Biel, Jacobi came from a family of piano manufacturers and went to study medicine in Bern before becoming a painter. In the 1920s he moved to Merligen on the northern shore of Lake Thun from where this summer panorama was painted. Floating between Hodler and Vallotton, two of the giants of Swiss twentieth century painting, Jacobi’s landscape style fused elements of Realism and Symbolism. He became known for his views of the Niesen, the volcano-like peak which rises to well over 2,000 metres and is one of Switzerland’s most iconic mountains.