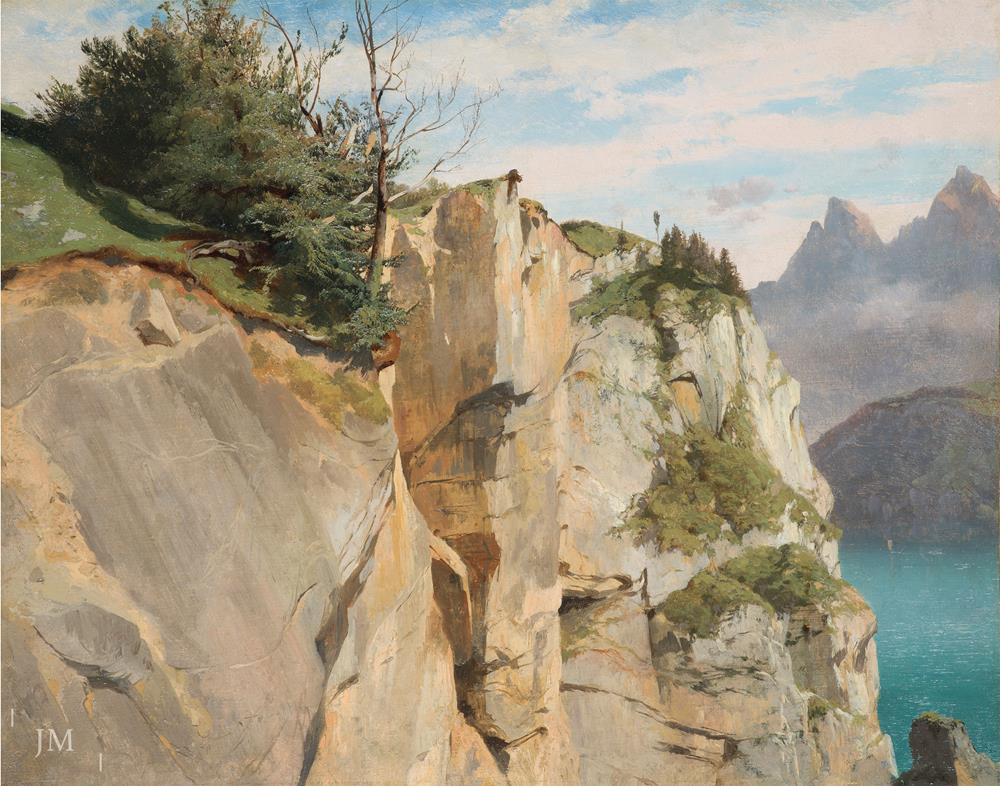 
oil on paper, 32 x 40cm.
signed and inscribed on the verso: A mon ami Eugène Felix souvenir affectueux Calame.
Circa 1861

This fine study in oils comes from the studio sale of the artist’s works held a year after Calame’s death in Paris’s Hôtel Drouot. The sale was conducted over two days and included 650 lots, mostly oil studies with two hundred or so drawings. It bears repeating that Calame never sold his studies and drawings in his lifetime and the rediscovery of this daring and modern sketch reveals to what extent he was devoted to working en plein air. In this instance, perched high up above Lake Luzern the painter was even risking life and limb. Defying the elements, the trees growing at the edge of the cliffs – one dead and one alive - correspond to Calame’s vision of man’s place in the world, dwarfed here by the twin peaks of the Mythen in the far distance to right. This composition is similar in style and execution to his vertiginous view of cliffs entitled Falaises de Seelisberg from 1861 now in the Oskar Reinhart Sammlung in Winterthur. The latter oil study was one of the highlights of the 1993 exhibition held in the National Gallery, Caspar David Friedrich to Ferdinand Hodler: A Romantic Tradition Nineteenth-Century Paintings and Drawings from the Oskar Reinhart Foundation, Winterthur. It was here that this writer first encountered Calame.