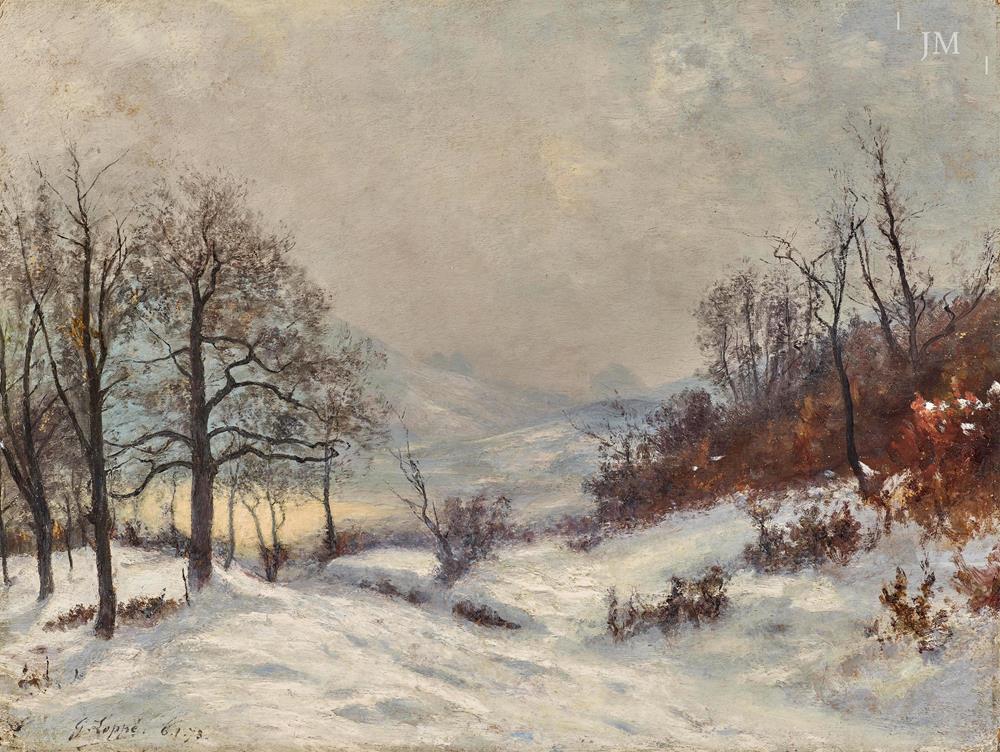 Given the role that Chamonix, London and then Paris played in Loppé’s life it is tempting to overlook that he lived in Annecy from 1850 to 1862. He married his first wife there, started a family and set about establishing himself as an artiste-peintre whilst exploring the shores of the lake and its surrounding hills. His fascination and aptitude for depicting snow and ice can be traced back to those first winters in Annecy. At the time, many of his sketches were annotated as ‘impressions de neige’ or ‘snow effects’. Contrary to the prevailing view that Gustave Courbet was one of the first painters of his time to focus on ‘effets de neige’ during the exceptionally cold winters of the early 1860s in the Franche-Comté, it was, in fact, Loppé who had begun experimenting with frozen scenes nearly a decade earlier. His palette and affinity for snow’s textures prefigured all the glacier pictures he went on to paint even if he continued to produce these sparse and atmospheric views of the Lac d’Annecy, and the Brienzer See too, for a few decades to come.