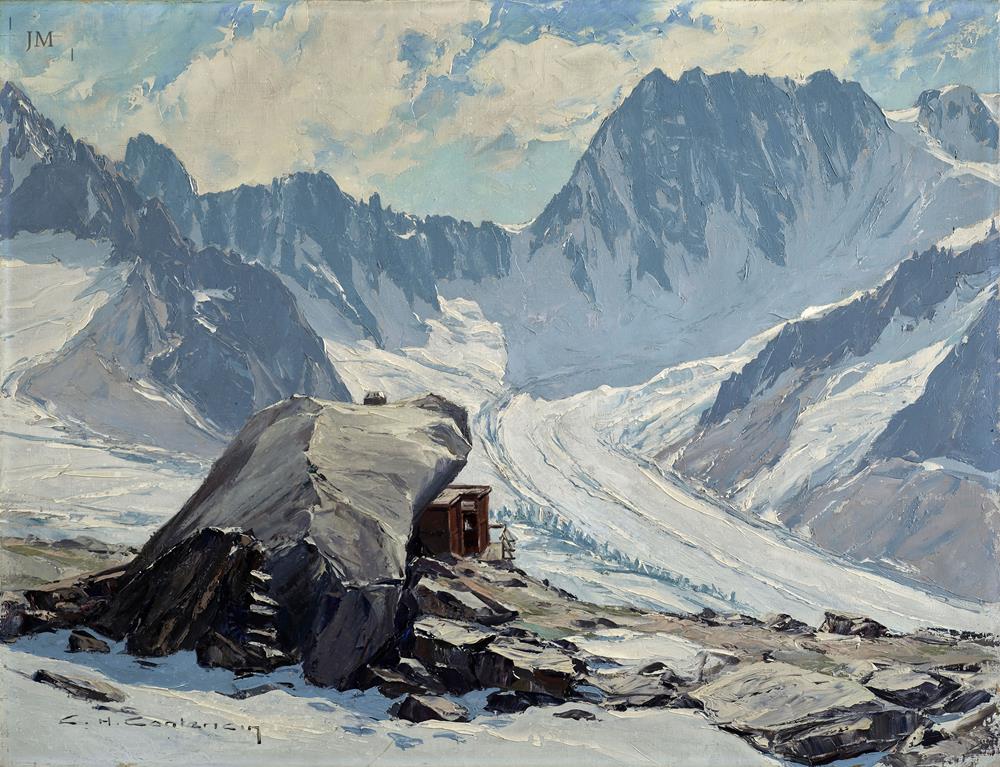 The view towards the Grandes Jorasses across the Mer de Glace must rank as one of the best panoramas in the Alps. At just under 2,700 metres the location of the Couvercle Hut takes a decent glacier traverse and some exposed sets of ladders to get to, and thus the view rewards the more dedicated walker and climber. The first refuge was built on the original bivouac site under the Rocher du Couvercle, - the obelisklike rock overhanging it. In 1932, after Contencin painted this picture, the refuge was moved seventy metres away to a promontory overlooking the Mer de Glace and the Tacul and Talèfre glaciers.

The extent to which Contencin could represent the strength of a dazzling midday sun in this canvas is remarkable. Far below, the glacier is made up of flat passages of the palette knife with small flecks of darker blue at the edge representing the seracs.

The scattered clouds high above the wall of the Grandes Jorasses appear to be almost moving across the sky and this is an outstanding example of a mountaineer’s picture; a true endorsement of a peintre-alpiniste accustomed to working in the thinner air with little shelter from the elements.