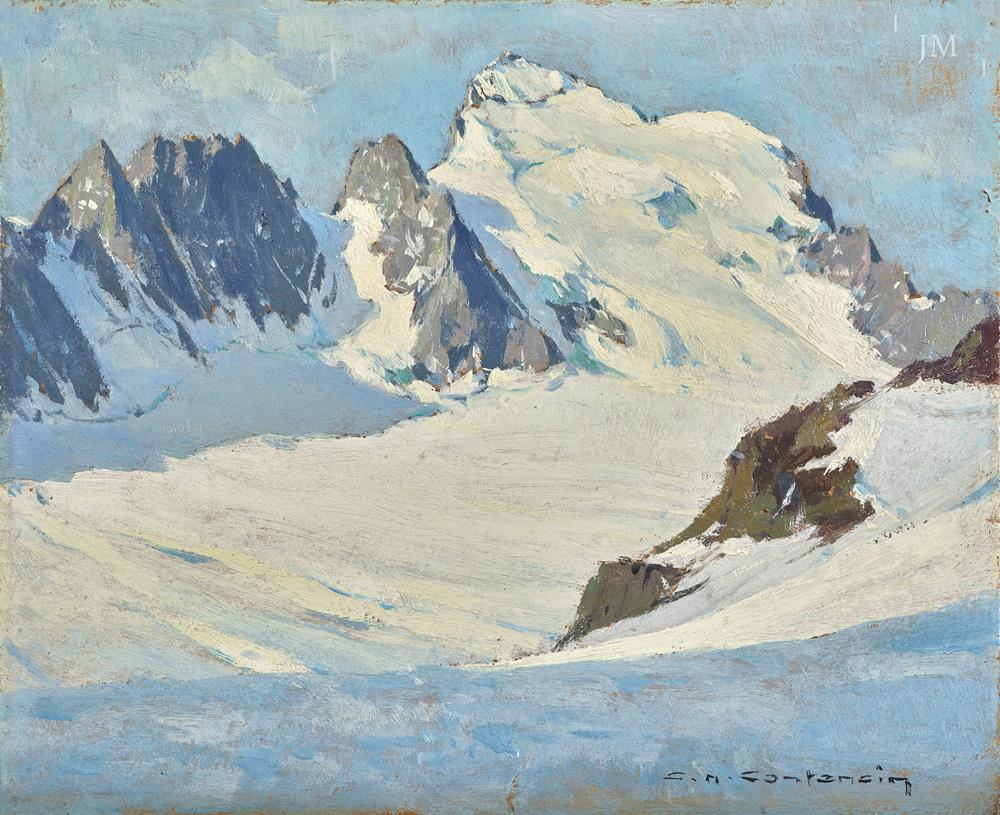 The mountains that form the Massif des Ecrins rear up in the western French Alps, in a region known as the Dauphiné. Contencin returned to the area many times during his painting and climbing career and the Ecrins’s peaks still offer some spectacular climbing with a lighter footfall of visitors in the late summer season. The Glacier Blanc tumbles off the north-east face of the highest mountain in the Dauphiné, the Barre des Ecrins (4102m), and extends for over three miles down into the Pelvoux Valley.