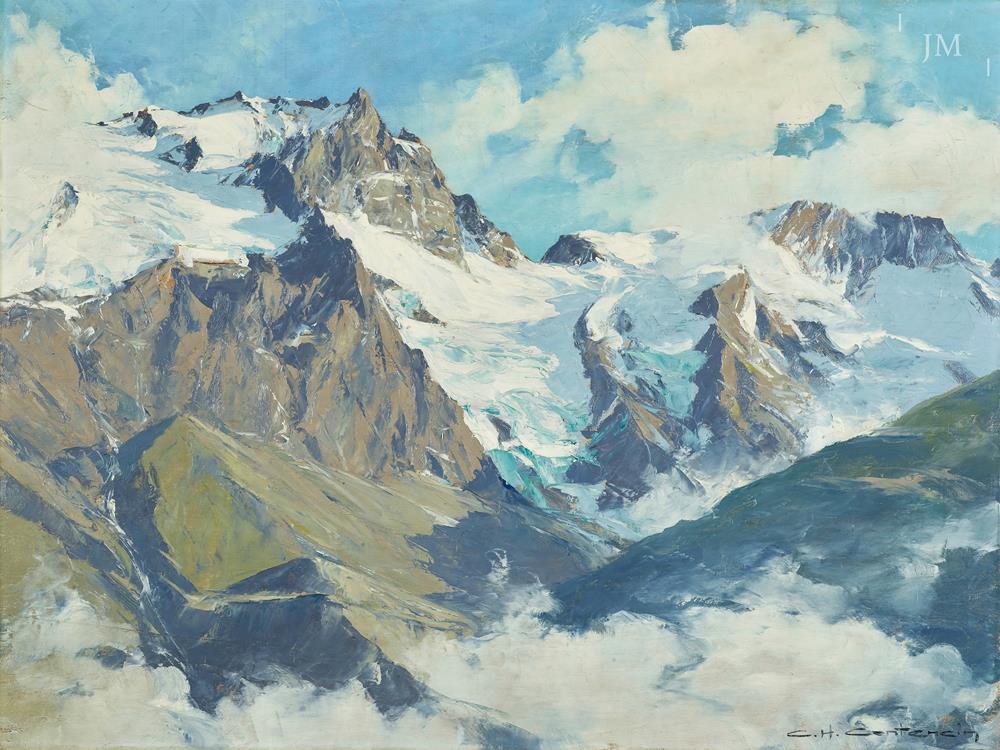 At 3,983 metres the jagged and imposing Meije is the second highest mountain in the Dauphiné after the Barre des Ecrins. Less renowned than the Eiger but La Meije shares the same quandary as neither peak makes it into the hallowed anthology of ‘4,000ers’ by a few tens of metres. Nonetheless, there are many fine climbing routes on La Meije and the full traverse of its numerous summits ranks as one of the great classics in the Alps. The mountain overlooks the small resort of La Grave which offers some of the best off-piste skiing available in what remains a relatively wild and empty area, with few ski lifts or roads.

Contencin visited the Massif des Ecrins and the valleys around La Grave frequently. In this fine homage to La Meije seen from the Lac du Pontet, the steep valley below is shrouded in mist contrasting with strong sunlight hitting the snowfields on the mountain’s higher flanks.