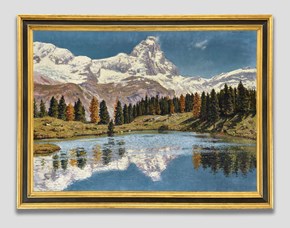 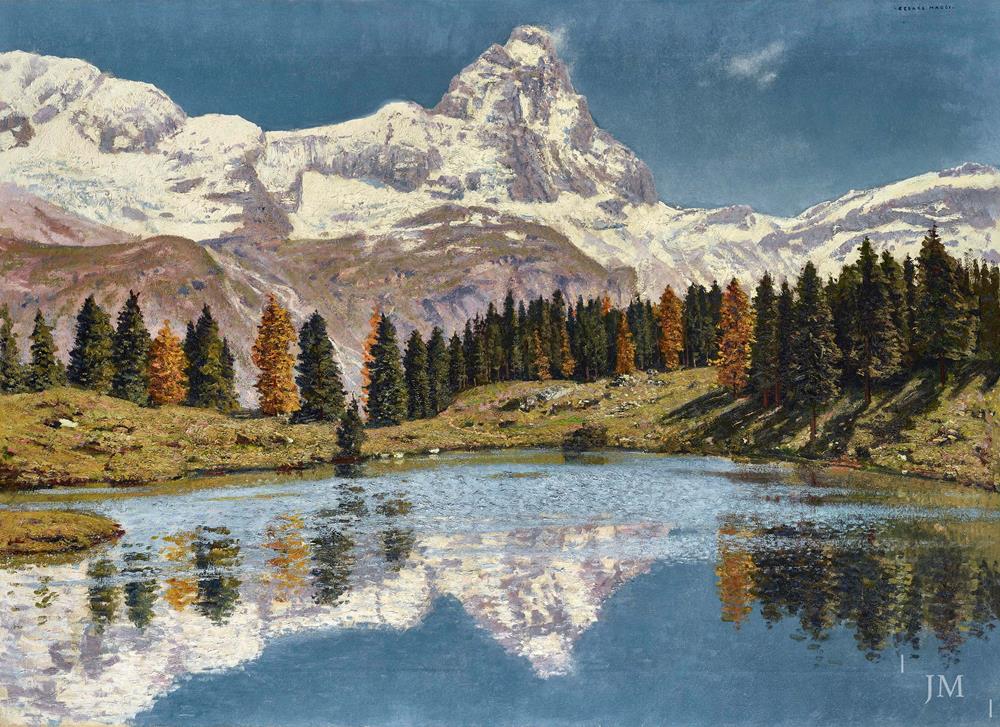 The oft-photographed and visited Lago Blu lies at 1,980m in Italy’s Aosta Valley. Under optimal conditions, il Cervino (the Matterhorn) is reflected in the lake. Nearly one hundred years on since Maggi painted this, the snow cap and the glacier on the mountain’s long west flank has all but disappeared. Seen from the south side, the Matterhorn’s sharp, pyramidical profile, nonetheless, rivals the more famous view from Zermatt over the Theodule Pass.

Closely aligned with the work and style of Giovanni Segantini, Maggi was one of the leading representatives of the second generation of Divisionist painters in Italy. Having studied in Florence, Milan and Paris, Maggi spent time painting in the Engadine and the Val d’Aosta before moving to Turin where he signed a contract in 1900 with the leading dealer and promoter of the Divisionist painters, and a painter himself, Victor Grubicy. Maggi took part in the major Italian exhibitions of his time where he gained a reputation as the Pittore delle montagne (the mountain painter) even if he was an accomplished portraitist too. In 1912 the Venice Biennale devoted an entire room to his work at the Esposizione Internazionale d’Arte. Maggi was made professor of painting at Turin’s Albertina Academy in 1936 and was considered one of the Val d’Aosta’s most devoted landscapists.