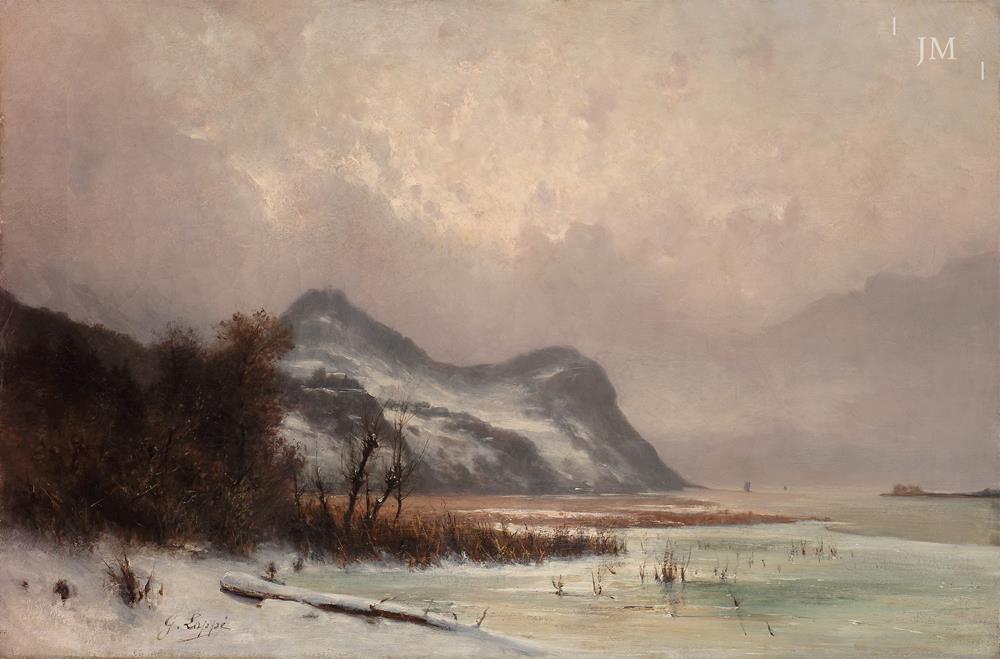 With the first hints of a changing season and cooler times ahead, we are reminded that early on in his career Gabriel Loppé was referred to as the ‘Painter of Winter’ by the reviewers of his pictures exhibited in Geneva and Dijon. Indeed, Loppé’s fascination and aptitude for depicting snow and ice can be traced back to his debut as a plein-air painter when many of his sketches were annotated as ‘impressions de neige’ or ‘snow effects’. Until the 1840s and the emergence of the plein-air practice, snow had been treated by painters as devoid of artistic interest; an area of undeveloped nothingness to be splodged about according to the composition. However, Loppé was intrigued by the element’s unique visual characteristics. In tackling its blanketing effect with his brushes, its negation of ‘landscape’ in the traditional sense of the genre, Loppé was already creating a new category of painting. His palette and affinity for snow’s textures prefigured all the glacier pictures he went on to paint later in his life.

From the mid-1870s hardly a January or February passed, where Loppé did not revisit the Bernese Oberland which was highly unusual for the period even for the more dedicated landscape artists, let alone mountaineers. His journeys often began in Interlaken from where he painted this winter landscape depicting the north shore of Lake Brienz by the mouth of the River Aare, Switzerland’s longest river.