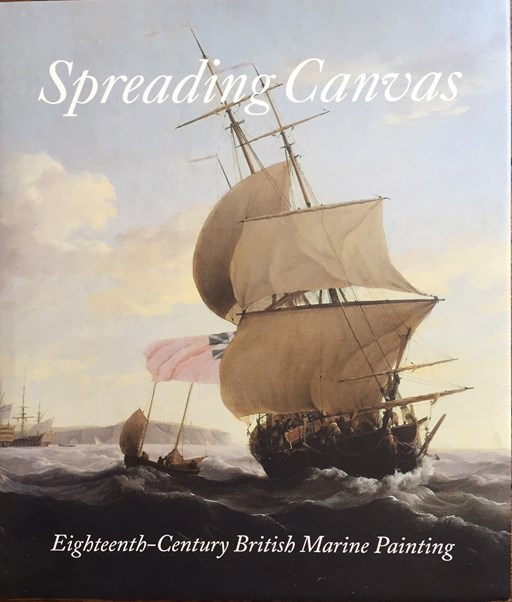 For more than seventy years John Mitchell Fine Paintings has been buying and selling marine paintings from the seventeenth, eighteenth and early nineteenth centuries, both by the Dutch pioneers of the subject and their many successors in England . In the wake of the influential Van de Velde studio in London at the end of the seventeenth century,there arose a native tradition of sea-painting whose rise in stature and quality was commensurate with that of Britain’s maritime power. Artists such as Monamy, Scott, Brooking, Serres and Cleveley were once very familiar to collectors, and their work continues to find favour with us. We are pleased therefore to draw attention to what looks like a magnificent survey of the subject currently being held at the Yale Center for British Art in new Haven, Connecticut (ends on 4th December) and which includes paintings bought by Paul Mellon from John Mitchell in the 1960s. A photo of the lavish accompanying catalogue is shown here.