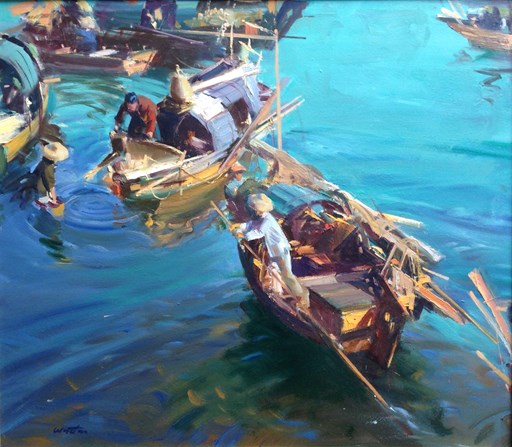 A specialist artist can often surprise with his or her accomplishment in another field and this painting is a good example. It is by Frank Wootton OBE (1914-1988), best known as the doyen of aviation artists. In WW2 his illustration work for aircraft manufacturers made him famous, and he became the official war artist to the RAF.
His artists’ manual, How to draw Aircraft, is still widely regarded today.
After the war, his work for airlines and travel companies not only took him all over the world but led him to widen his subject matter, and the painting we offer here shows what a gifted all-round painter he became. The last owner’s father ran the publicity department at the De Havilland aircraft company and was personally given the painting by Wootton.