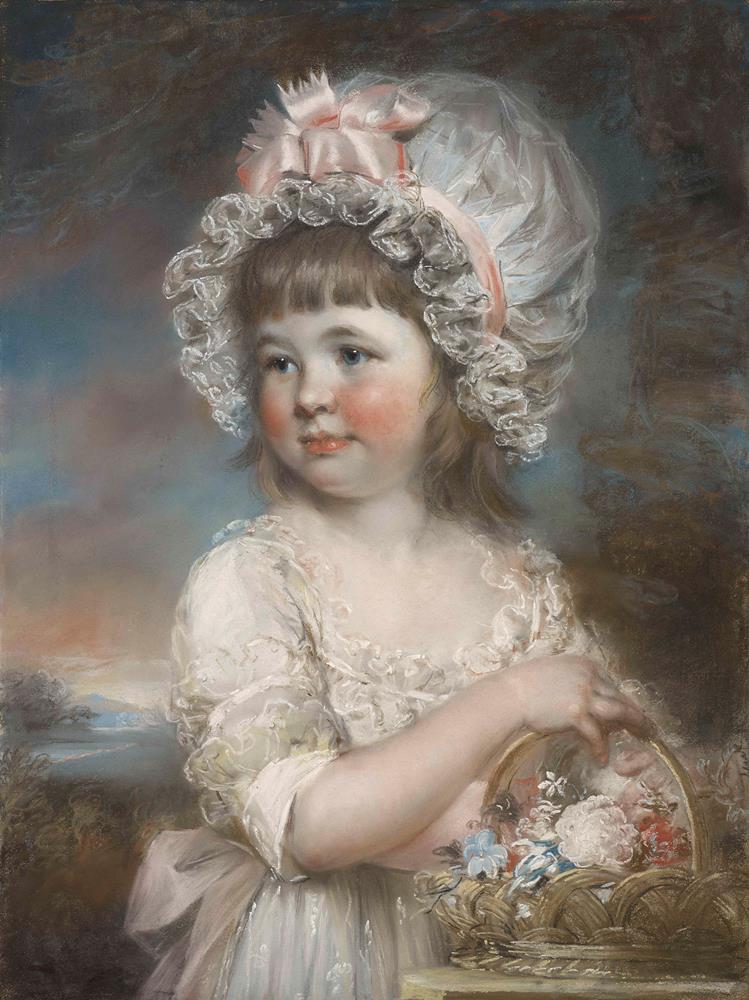 Russell was industrious, and even today his portraits are not rare. However very few are as well-preserved as this one, which has suffered neither from losses (where the pastel falls away from the paper) or the unsightly discolouration of pigments. As the fragile nature of pastel does not lend itself in any way to restoration, they are by their nature very much as one finds them. Every detail here remains crisp, Russell’s lively draughtsmanship is seen throughout the composition and the remarkable state of preservation permits us to enjoy this portrait as it would have looked upon completion.
Alongside our pastel at the Royal Academy exhibition in 1790 would have hung the artist’s likeness of Lady Georgina, Henrietta’s sister, also entitled Portrait of a young lady of quality. Their mother was the famous socialite and political hostess, Lady Georgiana Spencer. Henrietta would later marry Granville Leveson-Gower, 1st Earl Granville, and became a noted figure in Parisian society during her husband’s service as ambassador to France between 1824 and 1841. His portrait by Thomas Lawrence hangs in the Yale Center for British Art (B1981-25736).