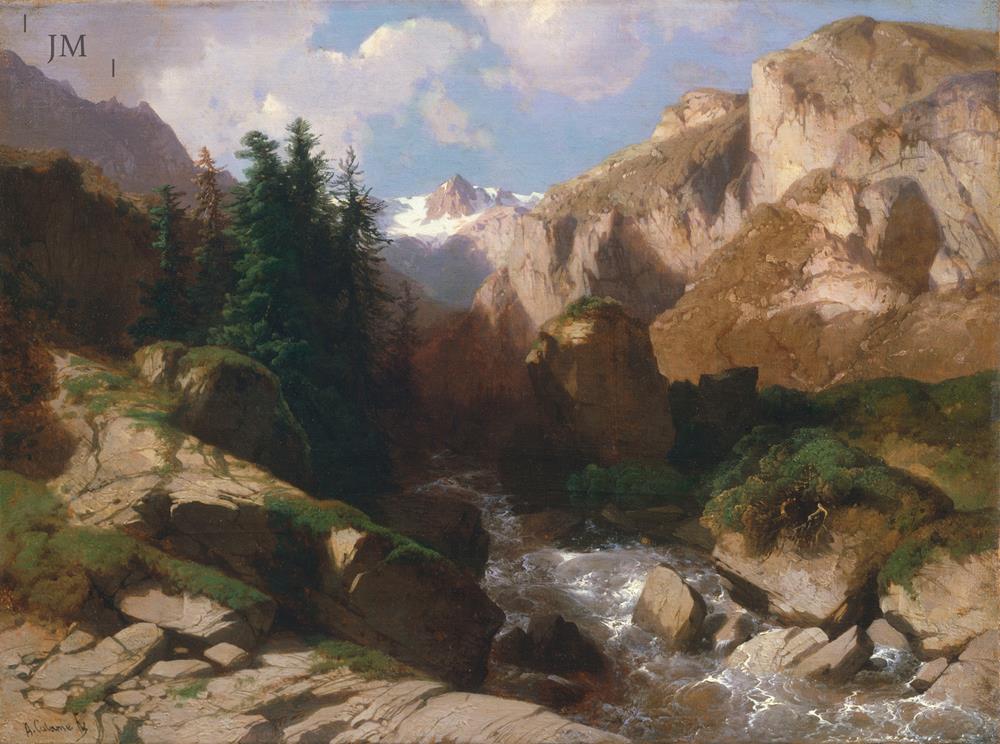 This small canvas is prime Calame and demonstrates just what a master painter he was in capturing his country’s beautiful scenery. Using a series of v-shaped compositional planes with sharp shadows, Calame succeeded in creating an amazing sense of depth and drama in this mountainscape. The stand of fir trees beside the rushing torrent separates the chasm from the far-off peak and, equally, points to Calame’s long-lasting assimilation of the Dutch Master, Jacob Ruisdael’s landscapes. It is noteworthy that Calame made the giant boulders in the foreground a primary feature in the picture. Whereas many of his contemporaries and followers struggled to recreate rocks faithfully, including Gabriel Loppé, Calame excelled at painting them. His closest rival in this aspect was E.T.Compton, born a generation on.
Many of Calame’s finest paintings derive from the environs of Handeck in the eastern Berner Oberland. With its steep valleys, waterfalls and views of lofty mountain ridges and tops, the region offered nearly all the motifs that recurred in his compositions.